This picture is of my friend Bob, taking a video of the whiteout conditions in which we found ourselves. 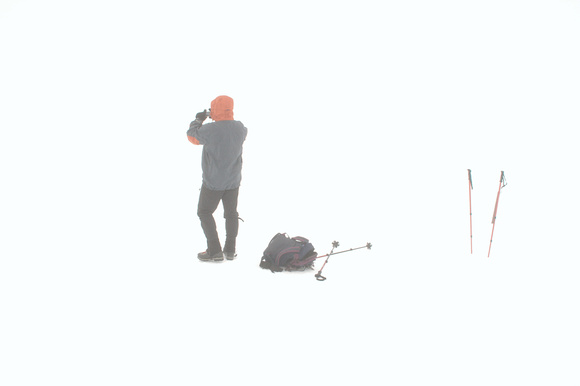 The WhiteroomBob in a whiteout on Beinn Udlamain. The cloud closed in and suddenly everything went white. We stopped, I took a picture of Bob videoing the surreal scene. Luckily we knew where we were...

The whiteout in this picture was due to heavy cloud covering a snow-covered mountaintop.

We were heading from the rounded summit of Beinn Uldamain when the cloud closed in. I realised that there was no distinguishing the ground from the sky. It is uncanny when everything is white, the snow and sky become the same. As you walk, you have no idea where your next footstep is going to land, you could step off a cliff. 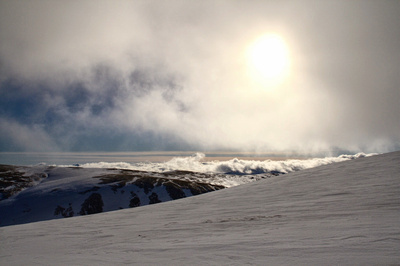 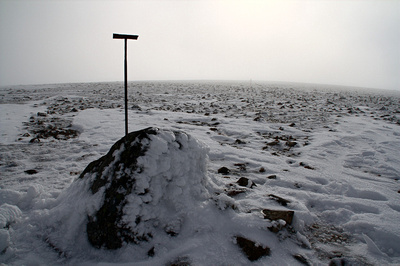 At the summit of Beinn UldamainThe cloud was starting to close in. 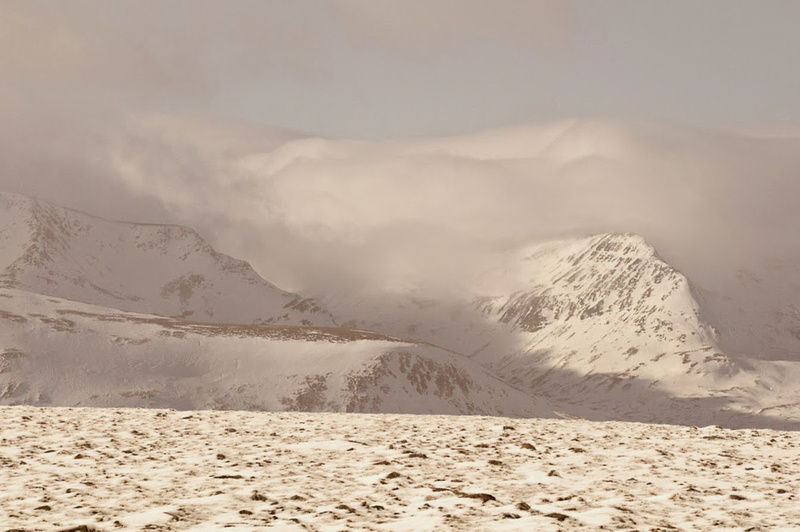 View from the top

This is where navigation is paramount. the compass and map become your best friends so that you can avoid the cliffs and get home. The whiteout can surprise you, so if you are not sure where you are, it is too late to find out once the cloud arrives. This whiteout lasted about 20 minutes before the cloud cleared. We got off easy as there are old metal poles on this mountain, the remains of an old boundary fence. We knew from the map that this fence line led to where we wanted to go. Each pole could be spotted in the distance through the cloud. It was easy to follow them and we got back to the car before the light faded. 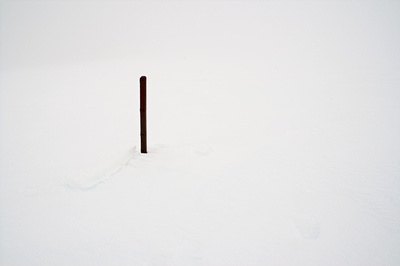 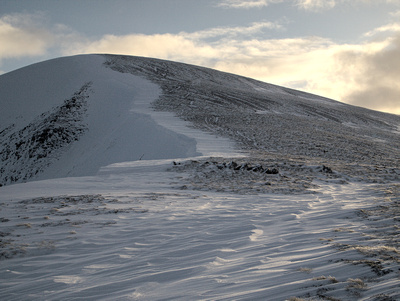 If we had got lost, we would have been returning in the dark. 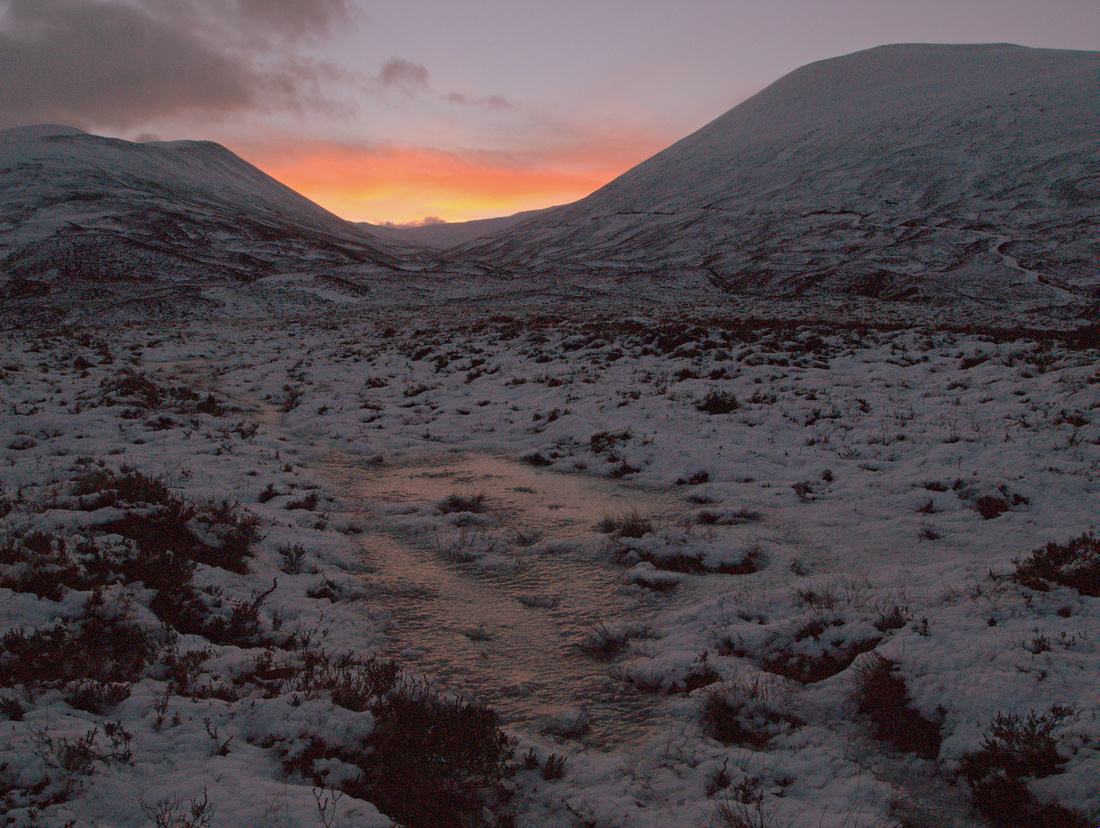 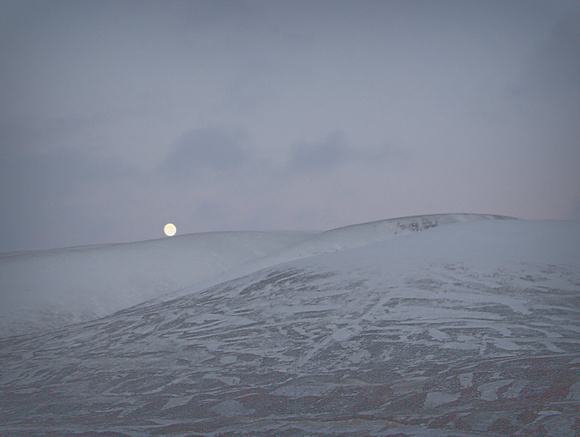