"Whatever the question, the answer is always more booze".

This was the reply from my friend Andy to my text about the -4°C weather forecast for Saturday night. We were going camping then and it was December with the coldest weekend of the winter so far now predicted; our families and friends were all laughing at us. We parked in the picturesque town of Dollar and headed up the narrow gorges of Dollar Glen. Passing Castle Campbell on the way, the path eventually opened out into the Glen of Sorrow and we followed the burn upstream, looking for a nice camping spot.

The path that runs alongside the burn was icy in places and care was needed to bypass the worst of the icy slopes, as there are some quite unhealthy drops into the water below.

We decided to camp around the 325-meter mark before the glen narrowed and steepens. We found a good spot with plenty of room for our tents. Andy had bought a hammer which really useful for driving the tent pegs into the hard soil. I had a drink of water out of the Burn of Sorrow and as soon as it was in my bottle, ice started to form - very refreshing. 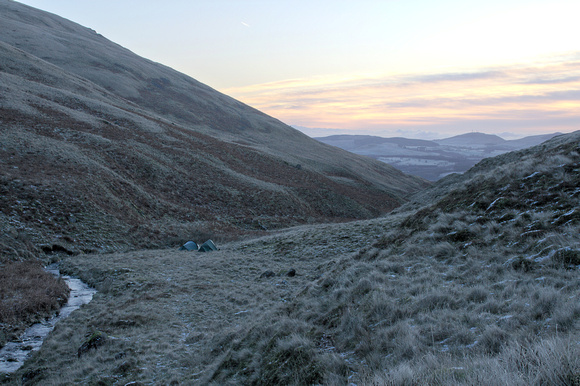 Camping in the Glen of SorrowA nice spot at 325 metres

After dinner was finished it was time for a few cheeky drinks. We stood beside our tents in the cold starlit night blethering about things in general. When the booze was finished, it was time to sleep. I put on a full face balaclava and slept in my clothes, all of them, including gloves. If it had been wet, I had a down jacket packed away as a backup. My camping mat is an Alpkit Numo and although it is sold as a 2-3 season mat I felt that it protected me well that night from the frosty ground. My sleeping bag is a 2°c bag and I supplemented it with a down quilt. This combination kept me cosy and in the morning my watch was showing a temperature of -3.8c inside the tent with the air outside being -4.9c. The tent was coated with frost, both inside and out. 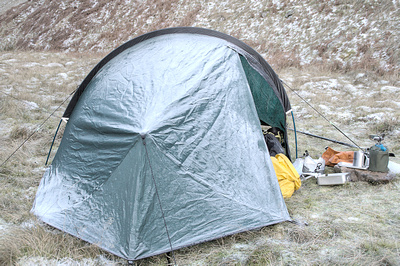 A frosty tentCovered with ice both outside and inside 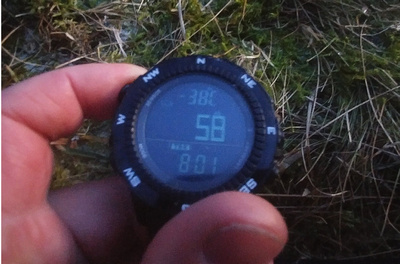 My stove had let me down even though I had slept with the gas cylinder in my sleeping bag, it was lukewarm coffee in the morning until Andy fired up his stove. I should have bought my hex burner as back-up.

I went and took some pictures in the shaded glen whilst Andy had breakfast. 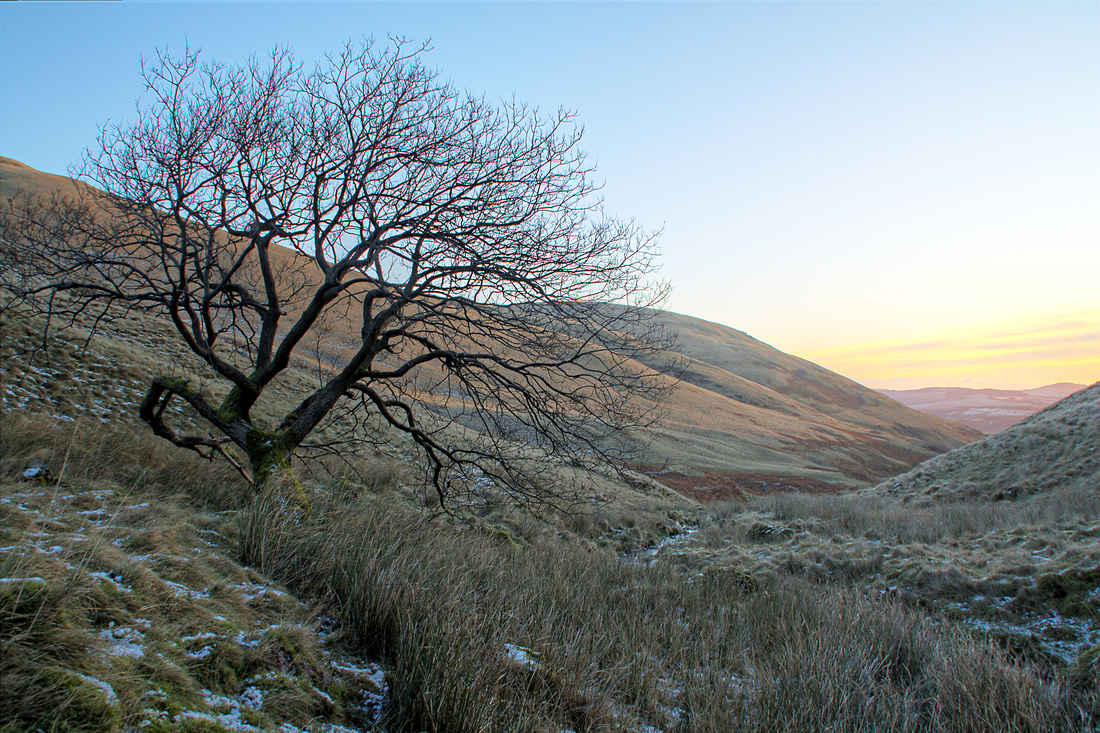 We packed up and headed down the Glen of Sorrow. Walking down into Dollar revealed all the trees to be white with frost, it was quite beautiful. Reaching my car at 11 am, the car's thermometer revealed that it was still -4°C in the bright sunlight. I wondered then on the accuracy of my watch thermometer.

Andy P(non-registered)
A good night and a good test of the gear and us mate. Looking forward to the next one.
No comments posted.
Loading...