The Frogs are Awake! 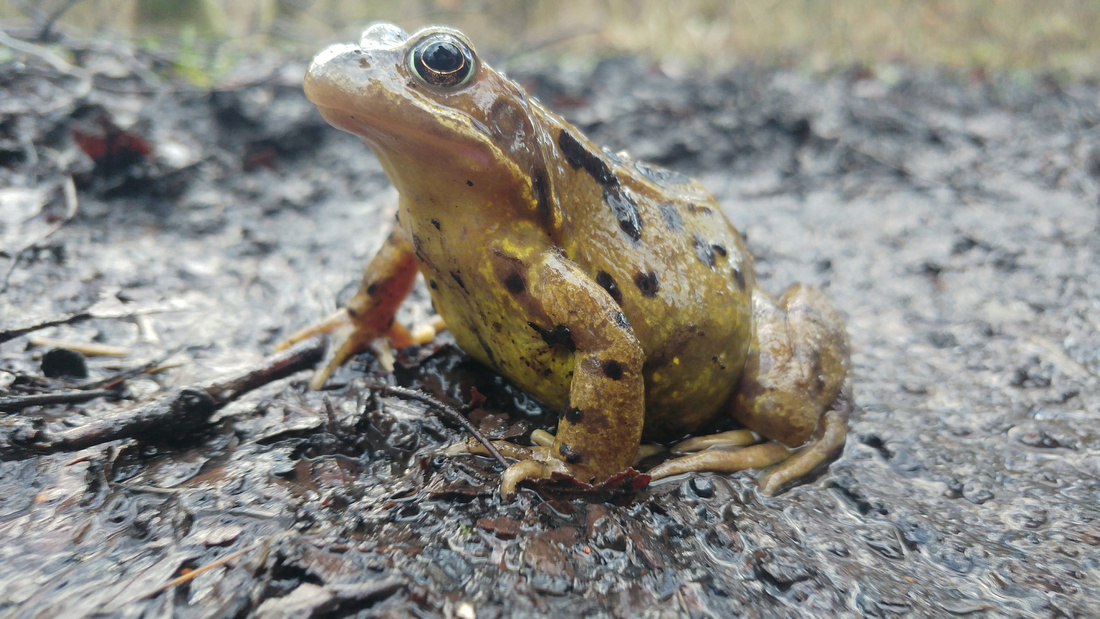 I'm on my way...To the annual meeting of Frogs.

I happened to come across two frogs on the footpath at Plean Country Park, when out walking with Digger. I had noticed, when I was younger and paid attention, that the frogs head to their breeding pond mid-February and it always makes me wonder how they manage it in the cold! But manage they do and thankfully the common frog is still common in these parts, despite their obvious disregard for their own safety in crossing busy roads and not caring about heavy footed humans blustering along the path.

I moved one small frog (probably a male) off the path and a few steps further I stopped to take a couple of pictures of this big frog (probably a female), who did not seem overly concerned at having a phone stuck in it's face as I took a picture. It did seem more concerned about Digger however, who suddenly rushed up to it and made it hop off the path, reducing my photo opportunities to two shots as I dragged the dog away.

I left it to find it's way the further 20 odd metres downhill to the pond, where it will join all of the other local frogs for their ancient annual general meeting.