I went for a quick walk up Schiehallion on Saturday afternoon, as it was a lovely day. I parked up around 3pm, having left it late, so that I was able to park despite the car park overflowing onto the road. On the way up Schiehallion I was met with a procession of people coming back down - it is a very popular hill!

Schiehallion is notable for being the mountain where contour lines were first used to map out the slopes - they were invented here! It was here that an expedition by Charles Mason in 1774 came to weigh the earth, using the bulk of this isolated hill to deflect a pendulum so the mass of the world could be determined. His assistant, the mathematician, Charles Hutton, came up with the idea of using lines to map out the slopes and contour lines are still used to this day, where a map would be much less useful without them.

After struggling up the side of the lower slopes, I reached the wide ridge and the summit was in site. 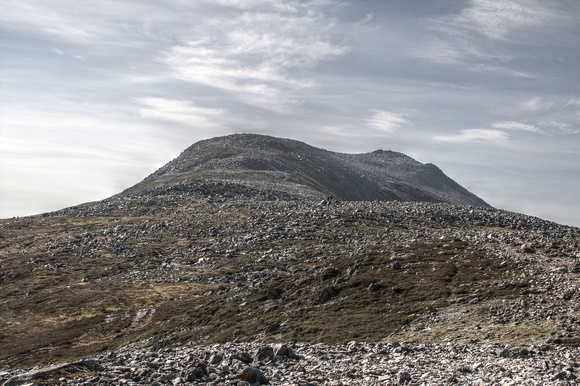 Once on the ridge the terrain gets progressively rockier and you have to concentrate for pretty much the second half of the climb over the boulders. The rocks were not too much problem for me but Digger with his short legs was finding it hard to pick his way over them and he struggled on behind me. I was glad I had bought spare water and a bowl for him to drink from, as this is a dry mountain with no water available at all.

Once we reached the top I took this video, you can see Digger struggling over the rocks to reach me!

Schiehallion, at the topI took this quick video at the top of Schiehallion as Digger scrambled over the rocks to reach me :)

The light was not that great but I managed to grab a few shots, one of them I was quite pleased of with its many layers of rolling hills. 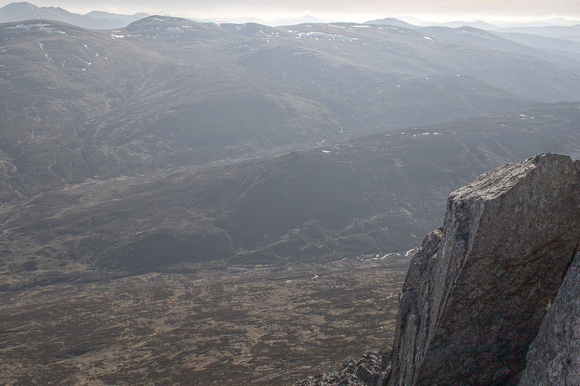 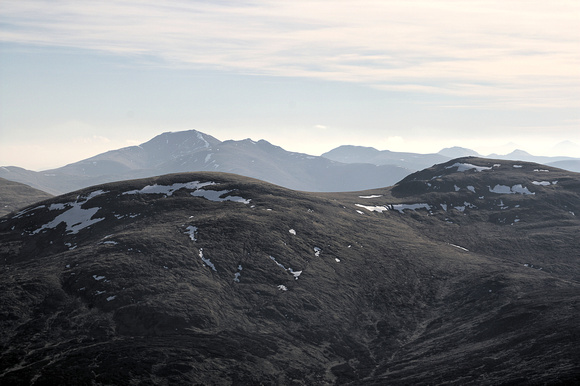 Looking SouthFrom the top of Schiehallion 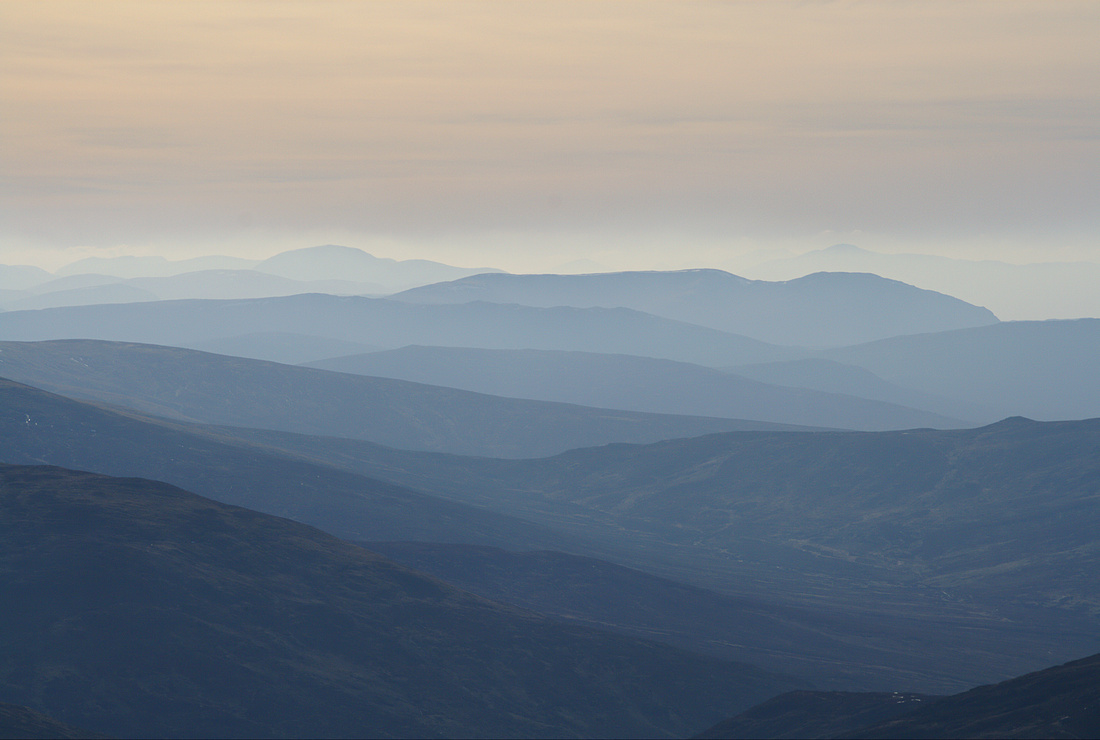 Many Shades of GreySchiehallion, Scotland

We quickly headed back down and made it back in 4 hours - with the drive there and back it was 8 hours all in. Digger slept in the back of the car all the way home and he then snored in his bed when we got home. Digger always snores heavily after a good days walking, as do I.