All Alone on Rannoch Moor 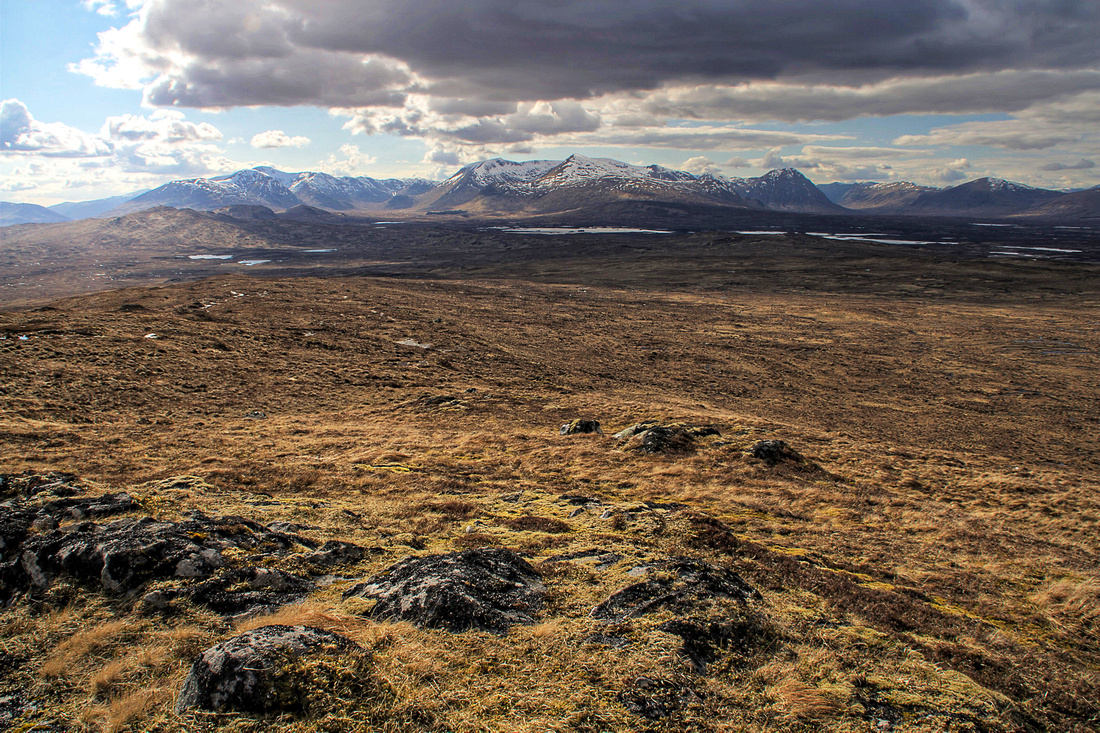 Rannoch Moor is 50 square miles of peat bog and it was a great feeling to be standing on it surveying the expanse. I took the above picture in April 2016 from Meall a' Ghortain which is the hill behind Gorton Mountain Bothy. I stood for quite some time here in the chilly spring breeze and marveled at the fact that despite there being a road and a railway crossing this moor, evidence of anything man-made could not be seen. I felt very small and isolated but also elated at the feeling of isolation, I was truly alone in the landscape. In the Robert Louis Stevenson novel Kidnapped, Rannoch Moor was described as "that country lying as waste as the sea". 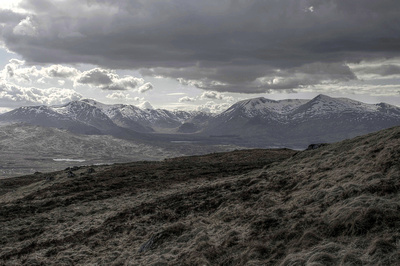 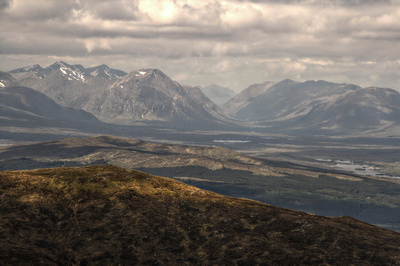 Due to the bleak emptiness of this place it has been used as a backdrop for various films and TV shows and when driving on the main road back from Fort William a few months back, I drove past a a music video production where there appeared to be lots of smoke with people dressed in period costumes dancing about like numpties near the ski centre. They were much better dancers than me admittedly!

This moor is a haven for photographers and when driving on the main road to Glencoe, there is always at least one person standing with a tripod trying to catch that perfect shot of the loch with the mountains of Black Mount in the background. I have seen some spectacular shots taken of what I have found to be quite a hard shot to capture. My better shot of this area (for what it's worth) is below, except I was pointing the camera in the opposite direction to the "famous" shots of this place. I had got there as the very heavy rain and cloud was clearing and the sun broke through. 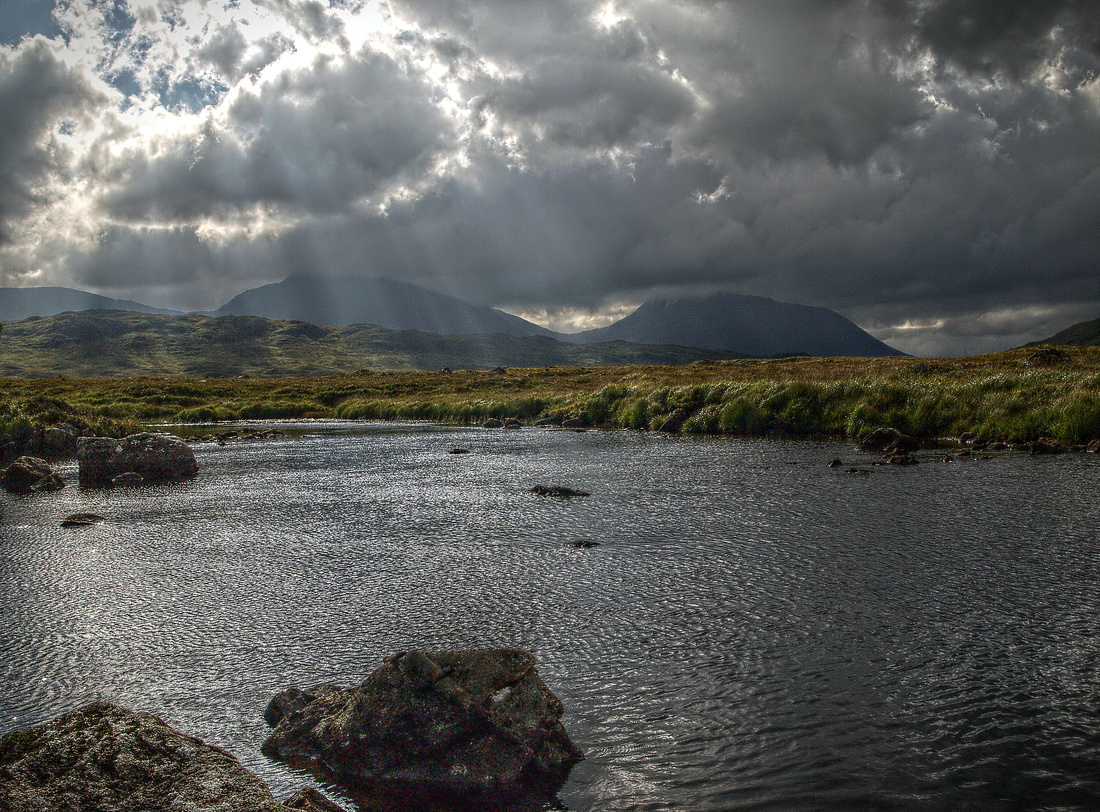 Rannoch MoorThe rain was clearing to the West

The above shot was taken near to the main road and my car was only a five minute walk away, as it was in the shot below of Black Rock Cottage where you are actually standing on the road to the ski centre when you take the picture. 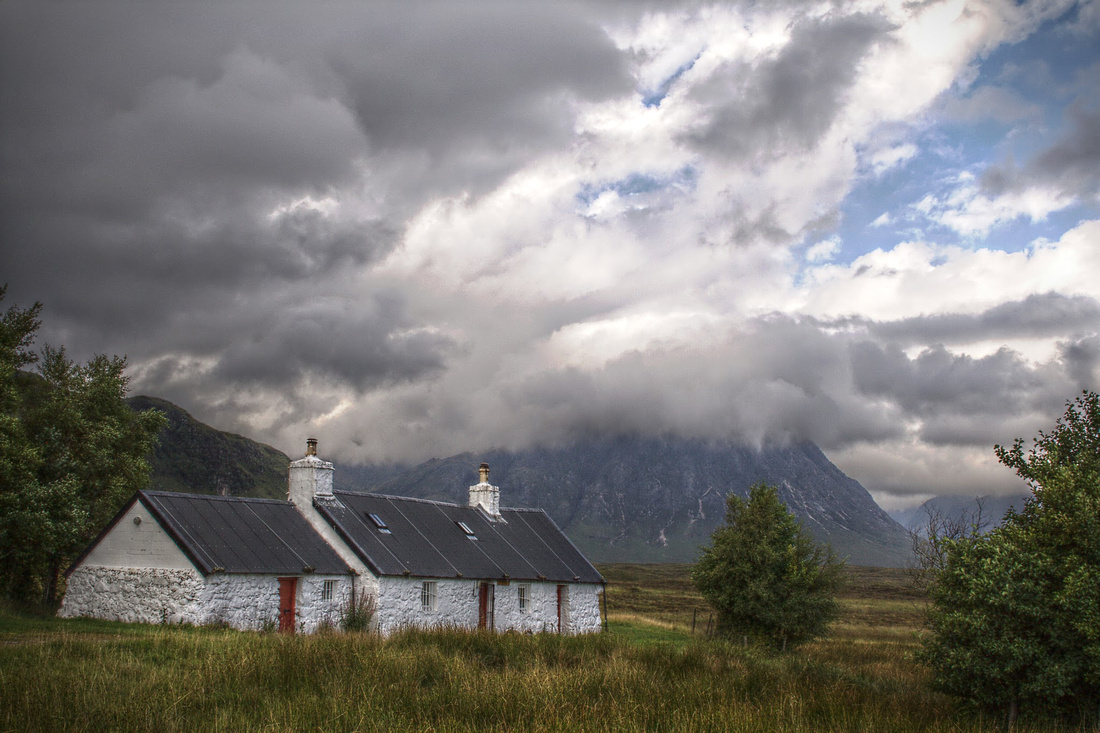 The Shepherd of EtiveBuachaille Etive M&#242;r on the NW edge of Rannoch Moor. This is a very photographed view. This is a stitched panoramic and pretty poor compared to some marvellous shots I have seen.

The above shot of Buachaille Etive Mor is also taken a short walk from a car park and this is the "standard" place that photographers come to compose a shot with the river and falls in the foreground. Most shots you see off Rannoch Moor do not involve any great amount of walking from the comfort of a car, which is a shame.

Standing on Meall a' Ghortain however was a different matter, I was a good six miles from my car and in the picture below you can see the distant Loch Tulla, near where my car was parked. The light was bad and the photo's therefore "difficult", but I am glad to have visited here and I hope to explore more of this area. 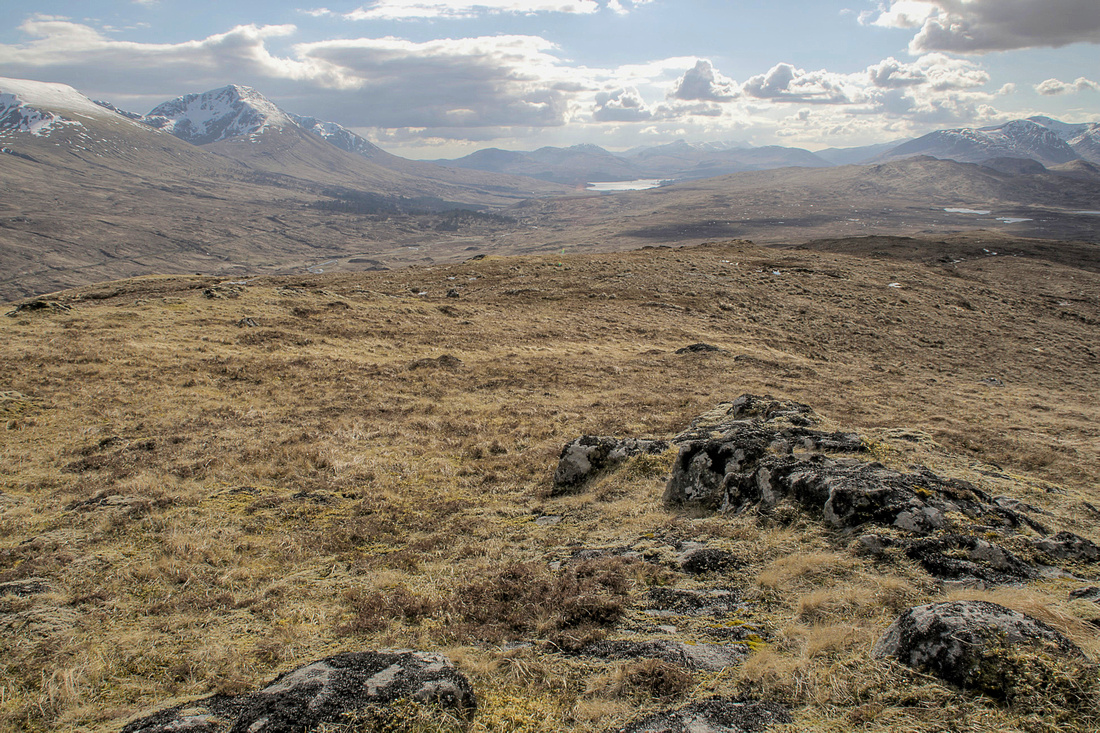 At the top of Meall a' GhortainMy car was parked near the distant loch.

I was standing here late on a Sunday afternoon, after a work party at the bothy had finished. Everybody else has headed home and I was going to head back down to stay for a further night at Gorton. The fire was burning away when I had left to climb up here and after taking these picture I headed back down from this lonely vantage point to spend the night in front of the warm fire. I have heard people call the fire the "bothy TV" and it was certainly enjoyable just sitting on your own staring into the flames, with no electrical gadgets or phone signals to distract you. 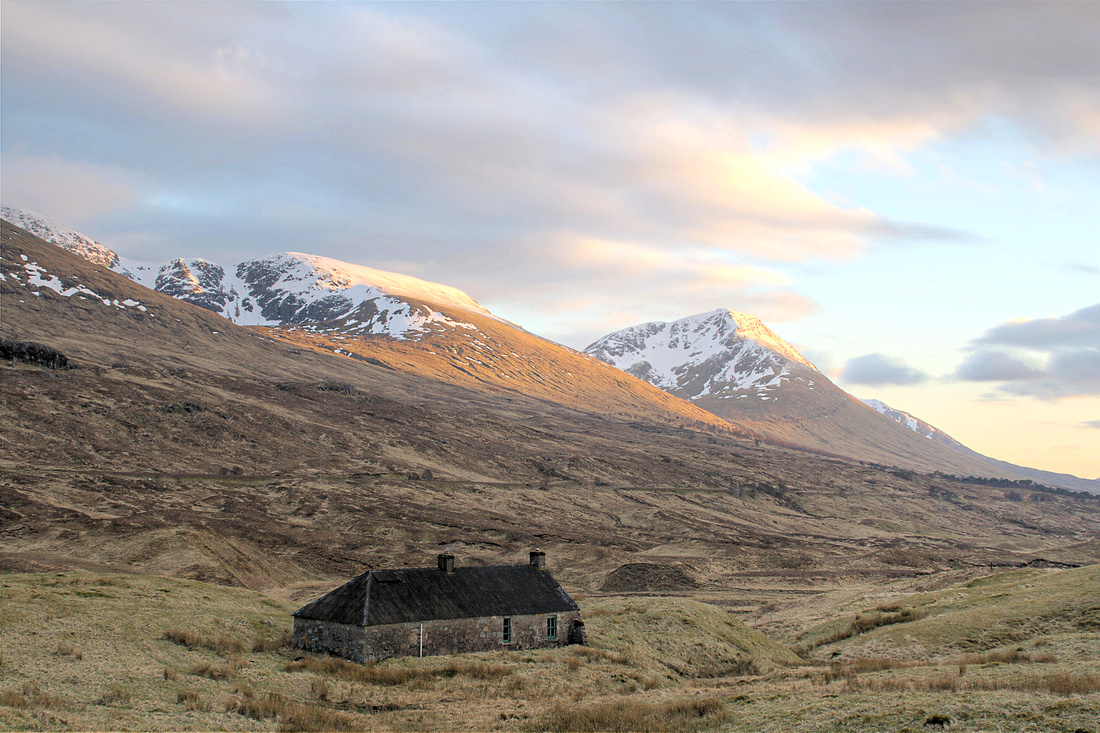 Gorton BothyMy home for the night 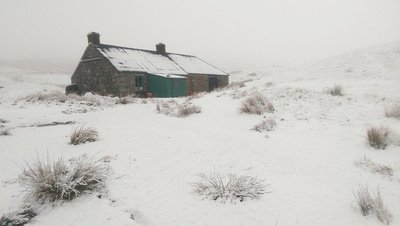 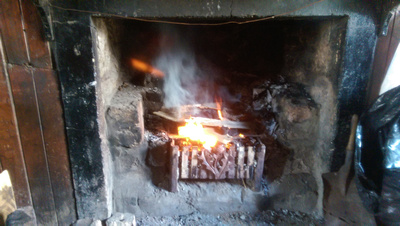 Seemingly the Gorton area was once inhabited and it even had a school to cater for the local children. I had found out that this bothy had been a family home right up until the 1950's, but now the building stands on its own in splendid isolation; a simple shelter for weary walkers to enjoy solitude or bothy companionship and to experience living in simpler times. 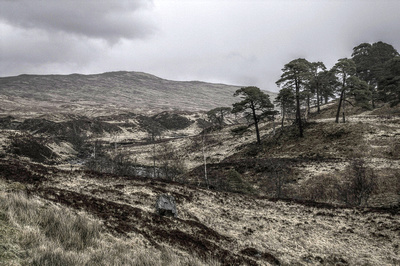 Walking to Gorton BothyWalking on a Dreich Day, hoping for a warm fire. 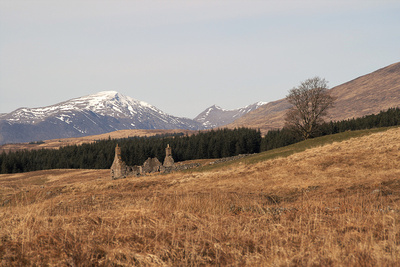