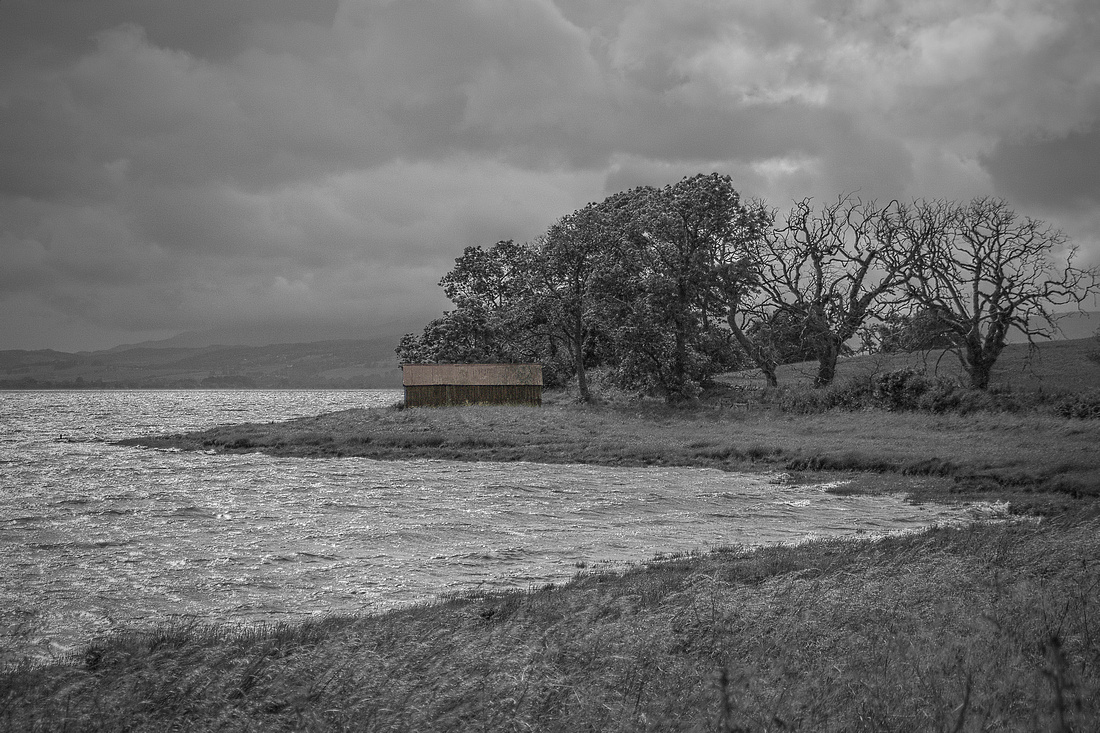 The Red ShedA shed standing beside the Beauly Firth, near Inverness in Scotland

It has always been a firm tradition of my wife's family to go away for an annual holiday together. On those holidays, we have visited many destinations in the UK and Ericka always looked forward to her week's vacation with a passion that was unmatched by the rest of us - She would count down the days for when the trip would start and she would relish every moment of it.

In October 2015 Ericka was diagnosed with terminal cancer and she was told that she had six months to maybe a year left; we watched as, despite treatment, she continued to deteriorate. When we visited her she sat with a steely acceptance of her condition, she was so brave. She reached her 50th wedding anniversary in June of that year and we took her up to Fort William for a day out and a meal. David, my brother-in-law booked a cottage on the Beauly Firth in July, as she so wanted her annual trip away. By this time Ericka was unable to walk due to her badly swollen legs but, despite the doctor's advice, she was determined to go on her holiday and she was positively animated at the thought of going.

Her doctor was so concerned about her that arrangements were made with local doctors in Inverness in case an emergency arose. We then made the trip up to Inverness and the nice cottage by the water of the Beauly Firth. Despite her condition where she needed regular doses of morphine, Ericka enjoyed her holiday like she always had. She had her nightly trip to the Bingo in Inverness, except this time she had to use a wheelchair. I cooked her breakfast in the morning, except she ate only small amounts. We went for bar lunches and she would order a big plate of food, but only a token was actually eaten.

When we left the cottage at the end of the week, Ericka was too ill to stop for food and wanted to go straight home. She was home for just a few hours and then an ambulance had to be called to take her to the hospital.

The holiday was finished and she'd made it.

Ericka, I took the above picture of a red shed on the Beauly Firth, near the cottage that we stayed and I never got to show it to you. This picture always now reminds me of you and your love of family holidays; whatever the weather. It is now one year exactly since you've passed and today the rest of us are together in the Lake District, on holiday, having a walk in Keswick beside Derwentwater, a place you so enjoyed.

We will be thinking of you.