As I drove down the hill, Maiden’s Pap with Morvern nestling behind it came into view. It was beautiful to see these pointy hills with crepuscular rays shooting through the gaps in the clouds - It had been fourteen months since I was last here and it looked more wonderful than the first time I had visited. 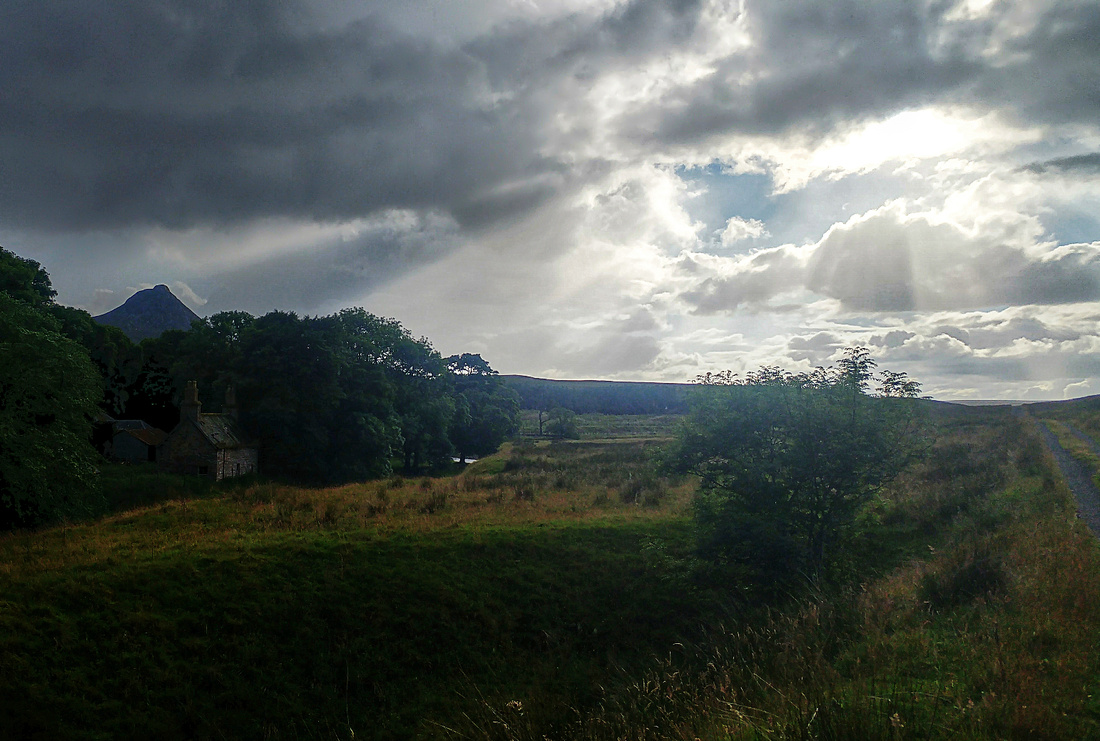 I reached the parking spot at Braemore where the public road ends. It was evening, so I planned to walk on the track that heads westward over the Flow Country. On my previous visit, I had visited Corrichoich and Morvern and had camped overnight. This time, however, it was just a short walk until dusk, as I had to get back to the guest house for work in the morning.

Leaving my car, I could see the rain approaching, I took a picture of a rain shrouded Morven with Maiden’s Pap in the foreground as the rain started to fall. 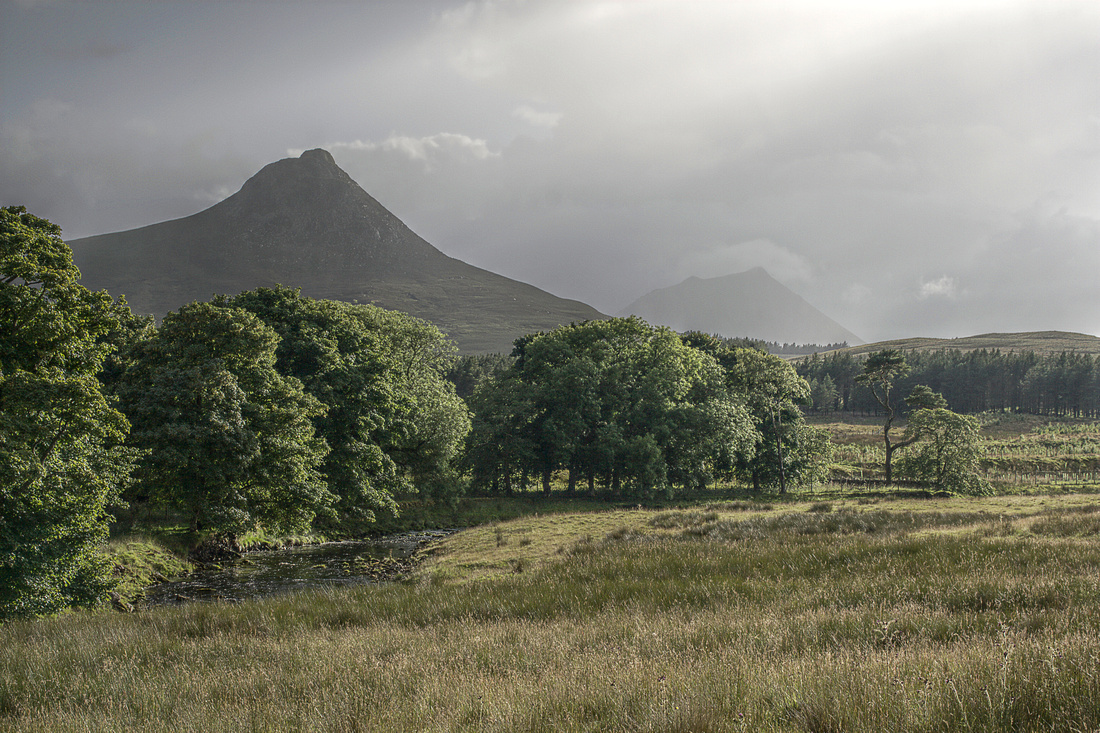 The rain got quite heavy, but I could see it clearing ahead. I stopped and looked back as the rain eased and saw the end of a rainbow pointed to Braemore, which was a little oasis of trees surrounded by empty moorland. 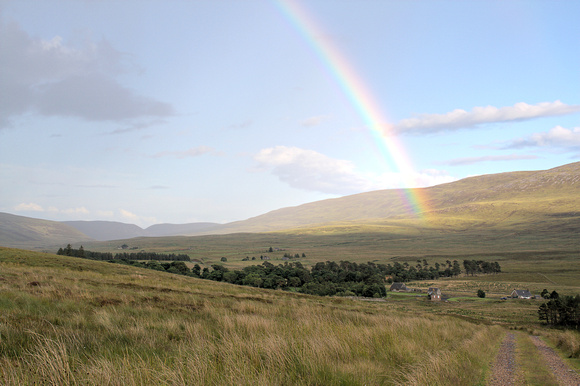 I followed the track up the hill and marched onward over the Flow Country, cursing myself for forgetting my walking boots — I was only wearing flimsy trainers, and they made walking a chore. I had hoped to make the closed bothy at Gobernuisgeach, so I stopped briefly to look at my Viewranger App. The app showed me that the bothy was several kilometres from where I was standing and it would be dark in a couple of hours, I was not that desperate to see it! 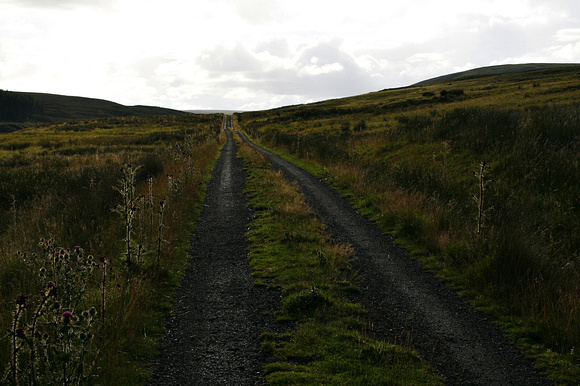 I could now see the silvery trail of Berriedale Water leading the eye to the other closed bothy at Corrichoich, besides which I had previously camped. The small cottage was just distinguishable below the artificial patch of trees in the distance. 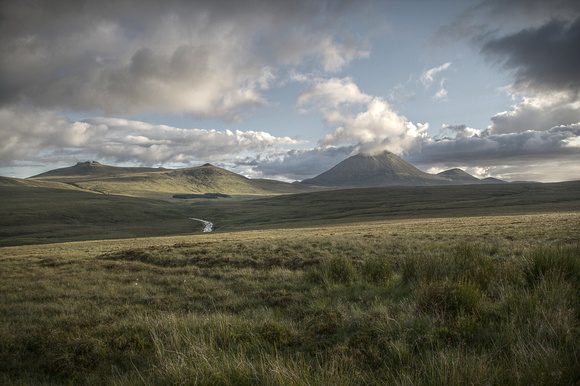 I headed onward with the sun in my eyes. The top of the hill, and my expected view of the flow country was still a good distance away. Small herds of Red Deer were all around me as I walked. 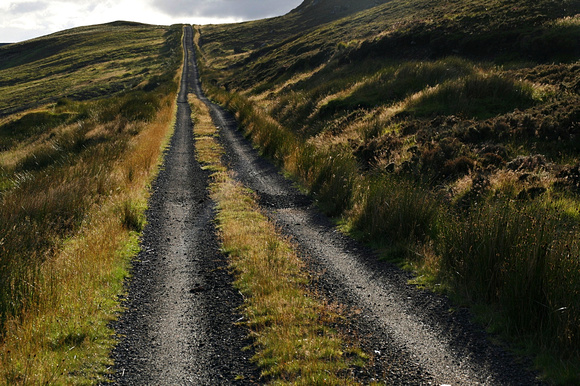 A drainage ditch was running beside this track, likely required to protect the road from the multitude of moisture that surrounded it. The ditch was about a meter deep and the walls of the ditch were black peat with water oozing out like a squeezed sponge. 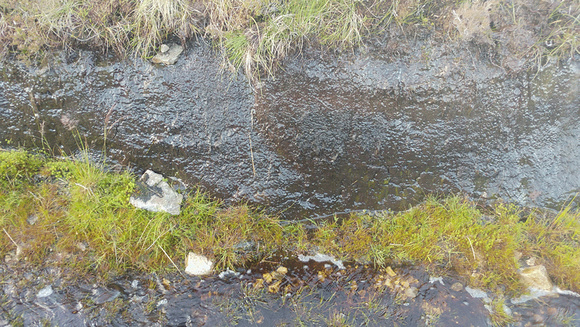 PeatA ditch in the flow country, water dripping from the peat.

I had read about the Flow Country after my last visit and had discovered that the peat is formed from the mosses and bog plants that grow here. I had also discovered that each millimetre of peat represented one year's plant growth. In that metre deep ditch, there was 1,000 years of growth and in some parts, the peat can be up to 10 metres deep; 10,000 years a bog, since the last ice age.

The Flow Country is big; it even has a website. The site explains that this place is the largest area of blanket bog in the world at around 4,000 km2 (1500 square miles). The bog is important too, as the active growth of the mosses and specialist plants absorb lots of carbon dioxide. It is estimated that there are 400 million tonnes of carbon locked in the peat of the Flow Country. Significant parts of this land have been damaged by the plantation of forestry since the 1970's. With growing environmental awareness, however, the damage is being undone by blocking the drainage ditches and removing the trees. 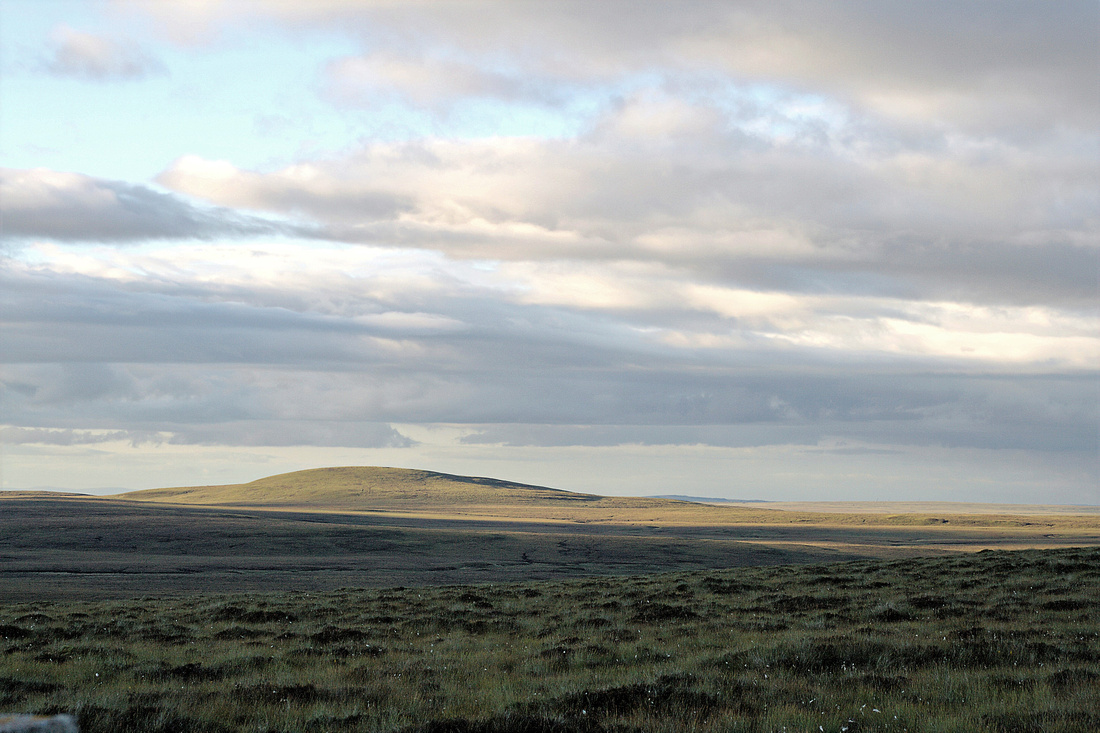 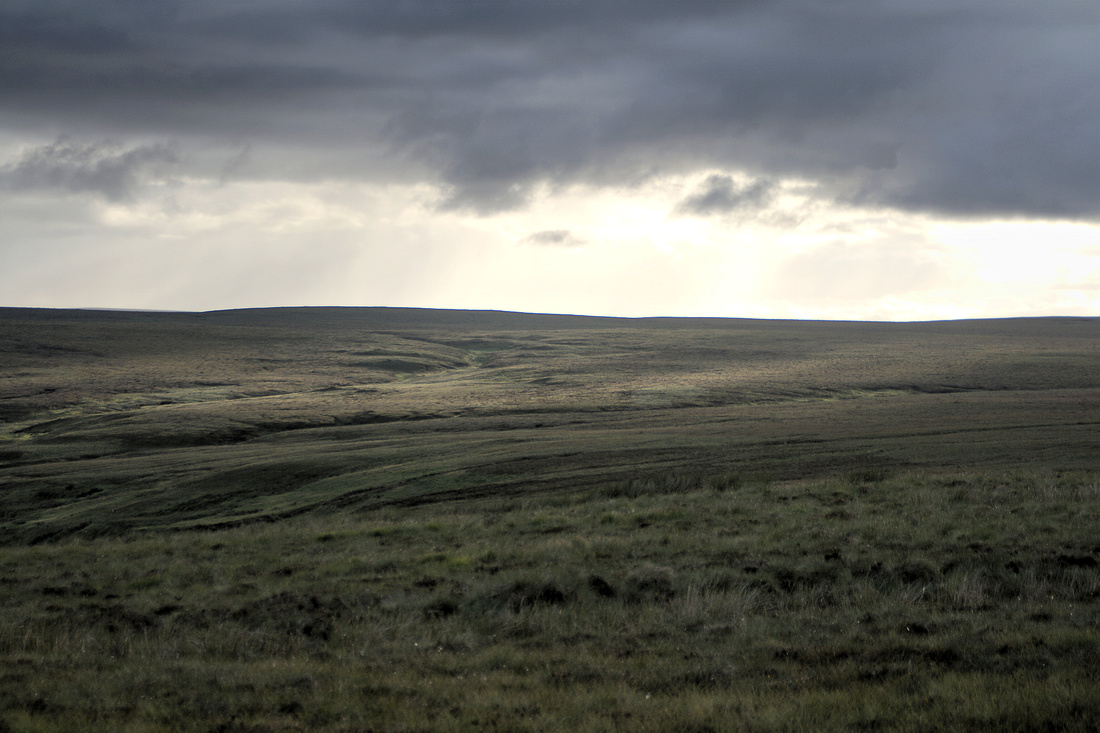 After taking pictures, I decided to turn back. The wind was becoming colder and despite the July sunshine, I had put on my pocket gloves. The light was changing often, with the fast moving clouds seeming to form a conveyor belt over Morven and getting in the way of the sun.  The setting sun eventually started to peek below this covering, and lit up Morven as it sat with a bonnet of cloud at its summit; this was caused by the warmer air being pushed up over the top and condensing. 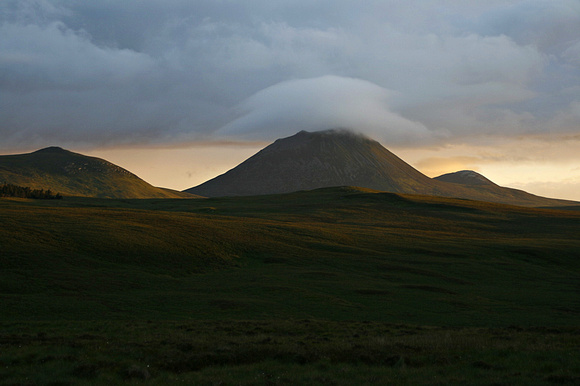 I took some more pictures, before heading back. Nearing the end of my walk, I looked back one last time and saw the clouds lit up by the last of the sun. 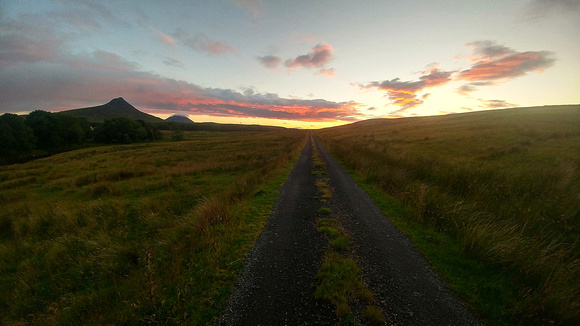 The End of the RoadBraemore, Caithness, Scotland

As I reached my car, I realised that I was being watched by some curious deer on the hill above me — When they noticed me looking back, they disappeared over the hill. I wondered then if they too had seen the rainbow. 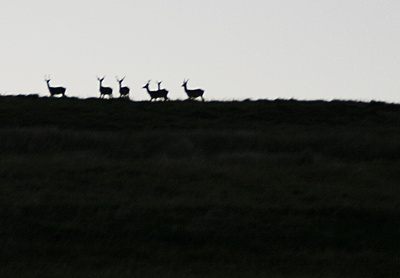