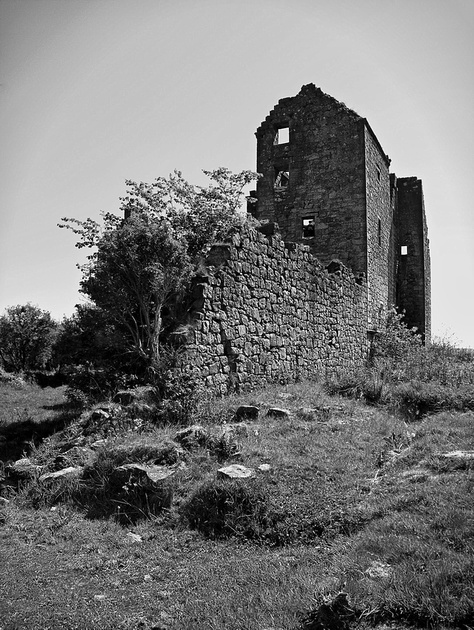 Torwood CastleTorwood Castle is a Scottish Baronial style castle near Falkirk in Central Scotland. It is estimated to be built in 1566 and once the seat of the Clan Forrester. Nearby is the ancient Tappoch Broch and the mysterious blue pool of Torwood.

According to the Clan Forrester web page, Torwood castle was built in 1566 by Sir Alexander Forrester. The lands of the "Royal Forest of Tor Wood" were bestowed upon the Forrester family in 1450 and as such, the castle would have formed the seat of Clan Forrester.

I walk here often and the history of this secluded spot is fascinating, where there is the 2,500-year-old Tappoch Broch nearby in the forest. As the Clan Forrester web page alludes, the castle grounds are also situated on where a Roman Road used to run and it was on this road that Siward the Dane passed in pursuit of Macbeth in the 11th century. 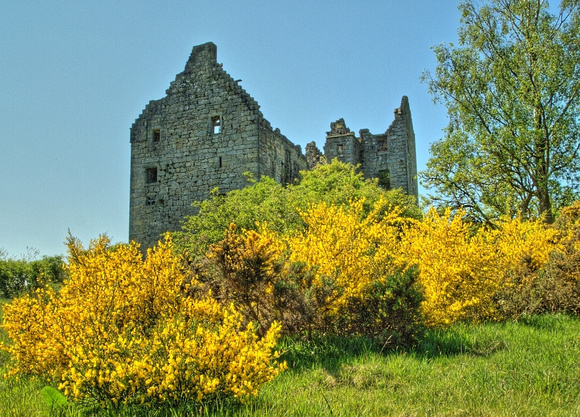 There is an old tree that stands a few metres from the castle, it is an old oak with a split trunk that appears to be collapsing under its own weight. The tree is still alive as it still has leaves on it in the summer and I have taken many pictures of it. The picture I took below of this tree is my favourite, it's called "The weight of experience" as that tree has experienced a great many years at that spot since it first emerged as a seedling. Time is bearing down on it with such weight that it struggles to keep standing, but it still hangs on. 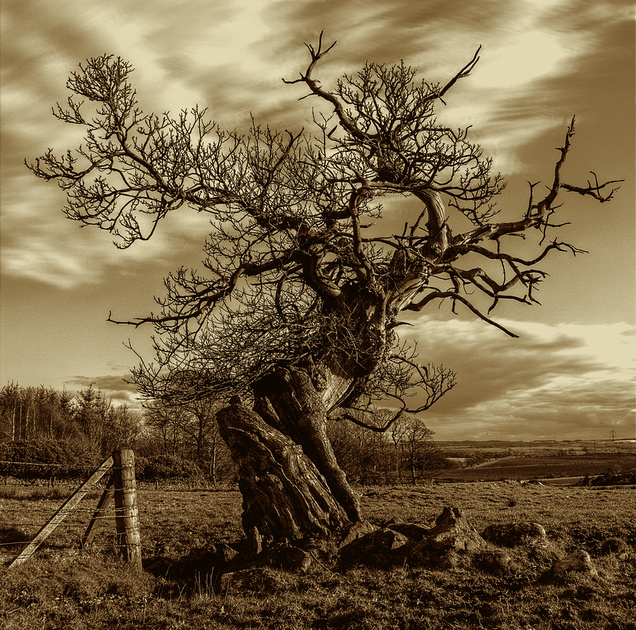 The weight of experienceThis old oak stands beside the 16th century Torwood Castle and I wonder how long they have stood together. Although the tree's trunk is split at the bottom it still puts out leaves ever year and I always check on it when nearby.

I wonder about how long the tree has stood there beside this old castle and I wonder what variety of people have passed by this tree. Was the tree there when people lived in the castle before it became a ruin? I will never know.