The Grey Cairns of Camster

Working in Caithness for the week and having some time on my hands in the evenings, I decided to visit the Grey Cairns of Camster which were originally built around 5,000 years ago and are some of the oldest stone monuments in Scotland.

The Cairns have largely been reconstructed, but they are still a great place to visit. The bonus is that you can crawl inside them, which was too great a temptation for me to pass by. I started by visiting the biggest Cairn, the Long Cairn, which consists of two chambers. The doorways, if they can be called that, are only big enough to crawl inside. I started by squeezing in the crawlway to the right hand side chamber, but quickly retreated when I realised there was a big puddle halfway along, due to recent heavy rain. I then crawled into the left hand side chamber, which was much easier than the first. Once inside I took this video of the chamber and the crawl back out.

Inside the Long Cairn (LH)Camster Cairns

I then followed the wooden walkway over the bog to the round cairn and I prepared to crawl inside, this corridor was lower and darker than the last. 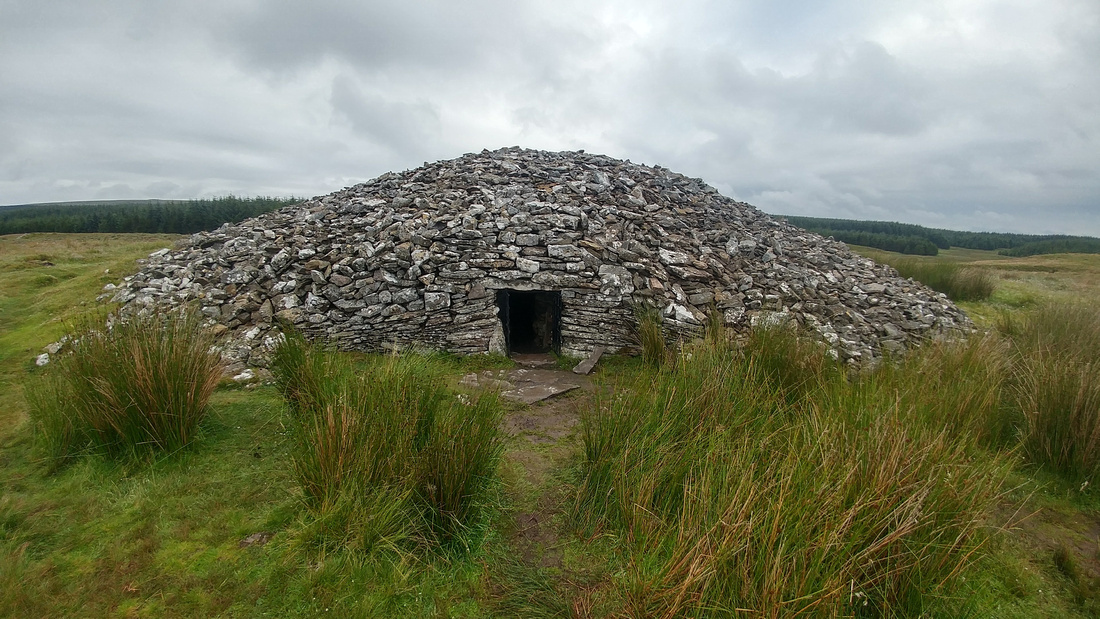 The Round CairnThe Grey Cairns of Camster, Lybster, Caithness

In the video below, you can see that it goes dark for a minute once I am inside and all you can hear is me dragging myself along. Stick with the video though, as I turn the light on once inside. When this chamber was first discovered they found skeletons and bones inside of it. It was awesome looking at the large stones in the central chamber, knowing that they could have been placed there 5 millenia ago.

Entering the Round Cairn of CamsterA tight and dark squeeze into the central chamber, where I switched my light on to see.

With Dirty knees I emerged from the tunnel and walked back to my car, I had videos, pictures and a satisfaction of having been lucky enough to visit these neolithic landmarks.