Devilla Forest is located near the small town of Kincardine, in Central Scotland. The forest, although managed, is composed of mainly Scots Pines and is quite natural compared to some densely packed plantations. The forest is also quite large for these parts and I have spent many hours exploring it with my dog and camera.  Some of these pictures can be viewed below. 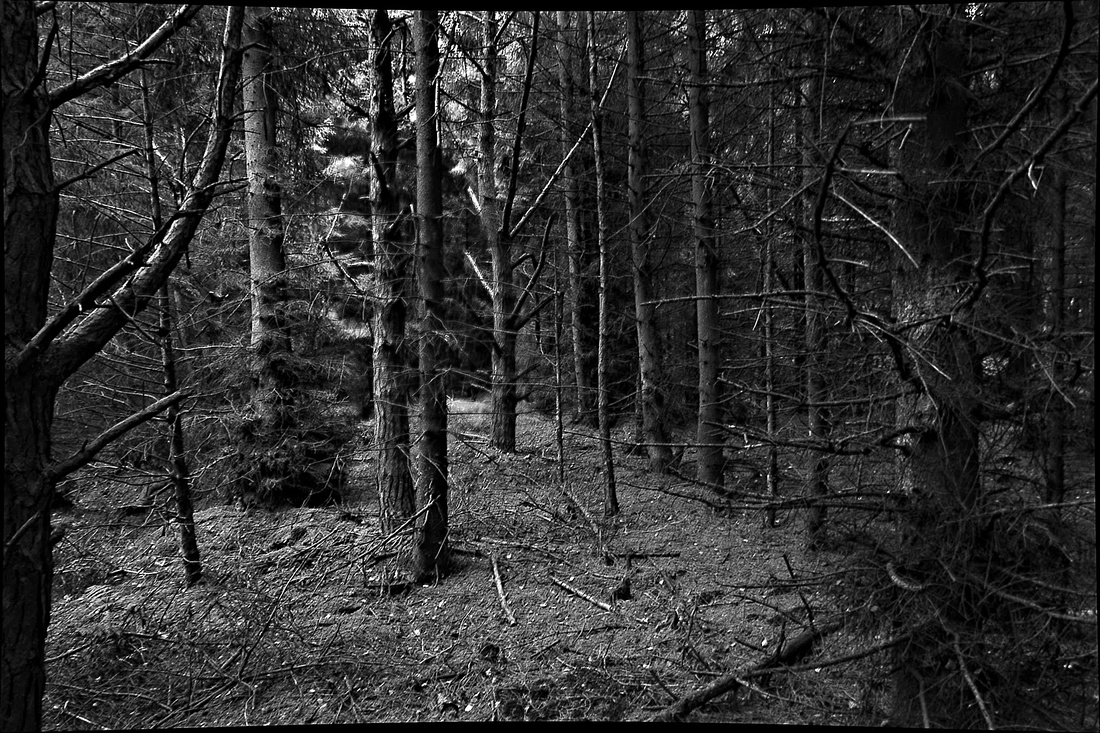 I enjoy wandering off tracks into the forest, you'll never know what you may find and I enjoy that adventure. 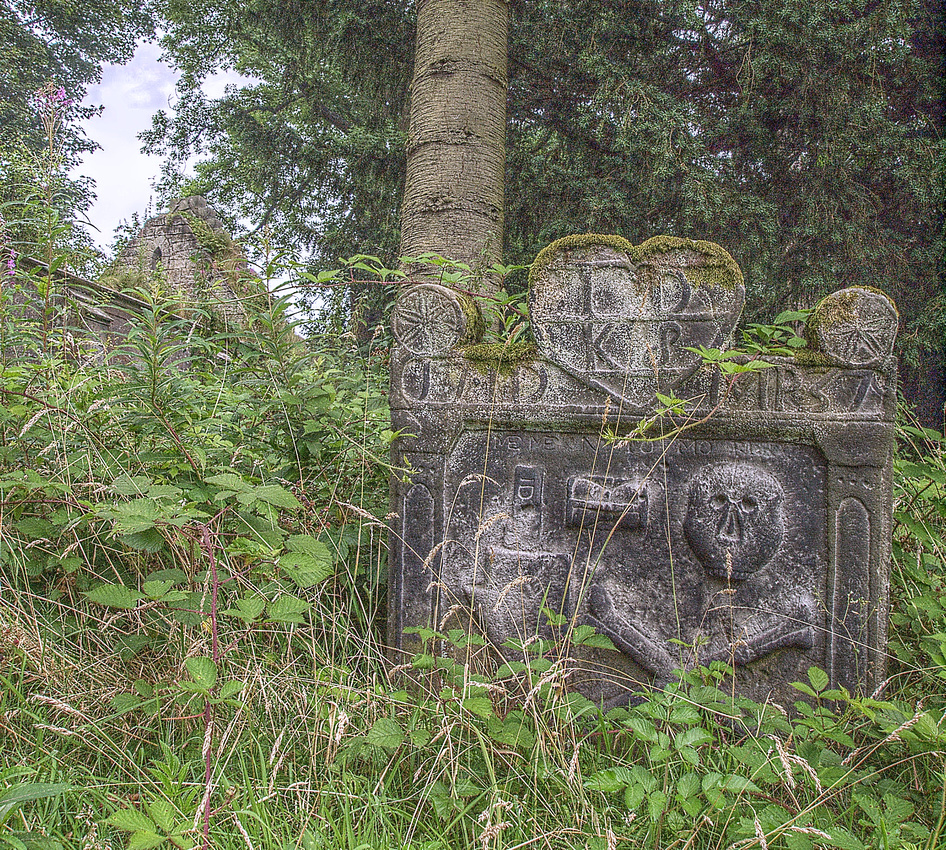 18th Century GravestoneThe abandoned church yard of the Keith family mausoleum with its skeletal gravestones is quite an experience. It is hidden on a hill and takes effort to get to. It was worth it! This is where I first saw the writing on the stones "Memento Mori" which is latin for "remember that you have to die"...

There is an abandoned graveyard around Devilla Forest.  I won't use its proper name, as it's best left hidden amongst the undergrowth so that it can't be disturbed. The gravestones go back to the 17th century and the inscription "Memento Mori" (remember that you'll die) together with the carved skulls certainly makes for an interesting visit.

There are few areas of tightly packed plantations in Devilla Forest and this fire break made for a good photo opportunity. 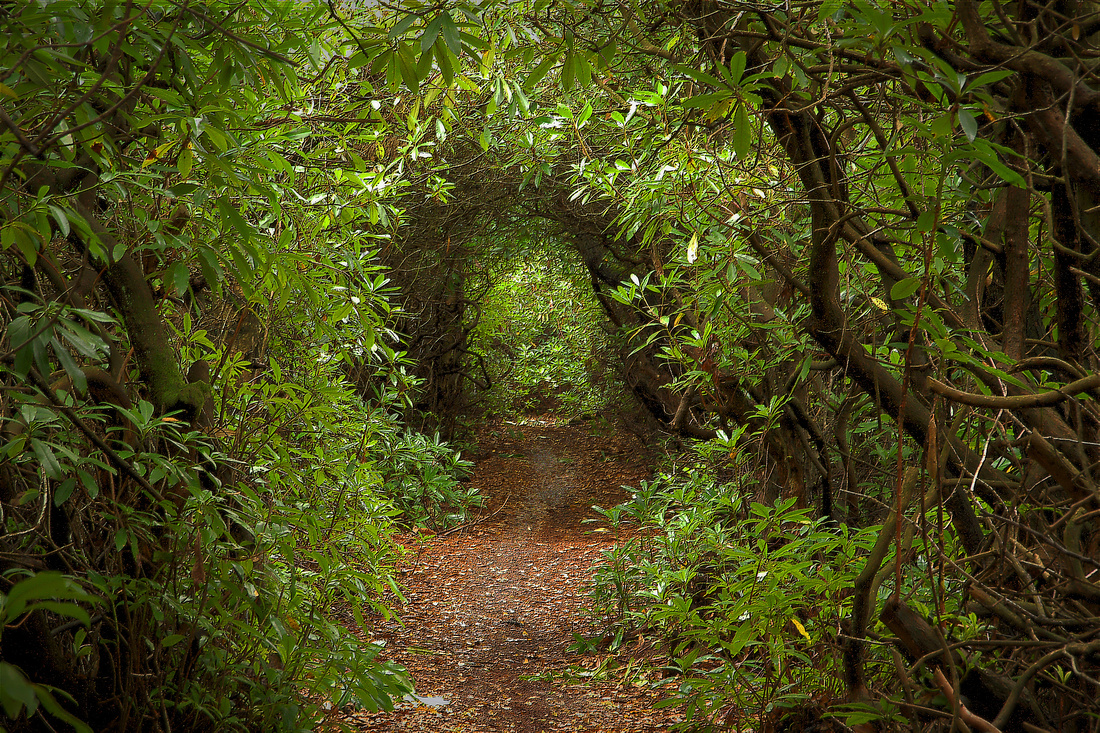 This is one of my favourite pictures. It was only once I got home that I saw the face at the end of this tunnel, an accident of twigs and branches. This tunnel of Rhododendron leads to the 'Danish Camp', an earth mound that goes back to Roman times that was a place of encampment for an army of Danes that fought a battle near here, a few centuries ago. 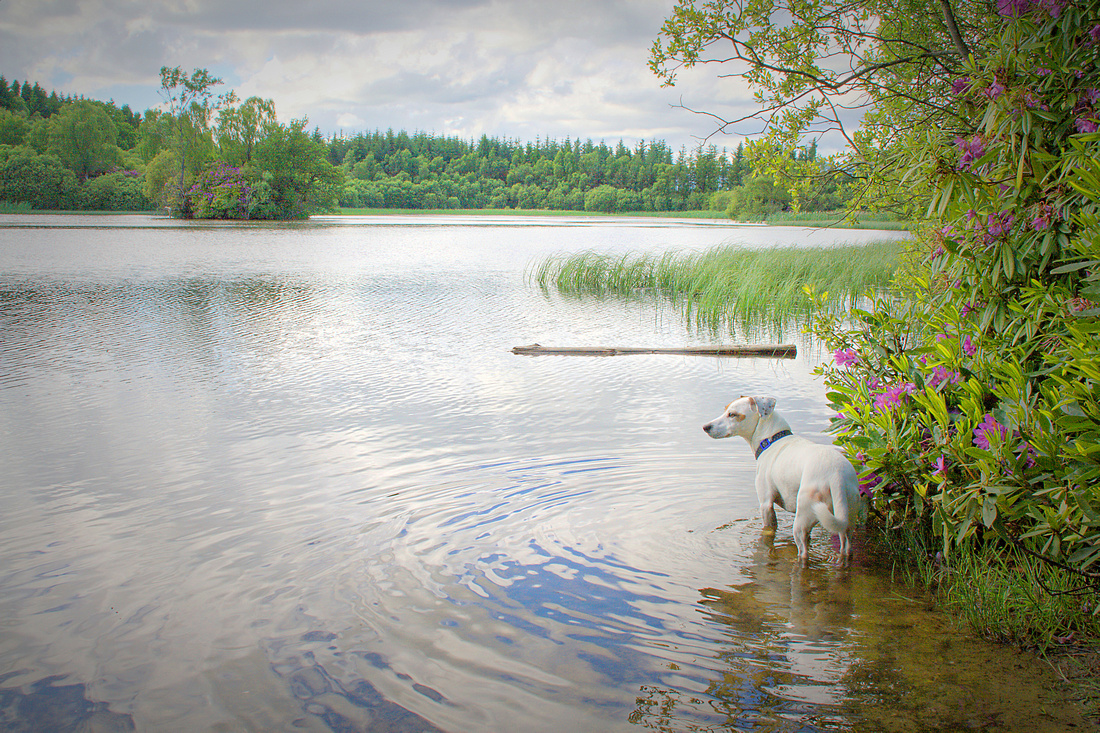 Digger does not like water, so this excursion was worth a picture.

In Devilla forest, you may eventually come across this grave and beside it, there is a sign nearby that explains why it is here. The grave sadly contains the remains of 3 young children, Robert, Agnes & Jeanne Balds, who all died of the Bubonic plague on the same day - 14th September 1645. The sign also explains that the grave is maintained by the "B&M kin" of the unfortunate victims. 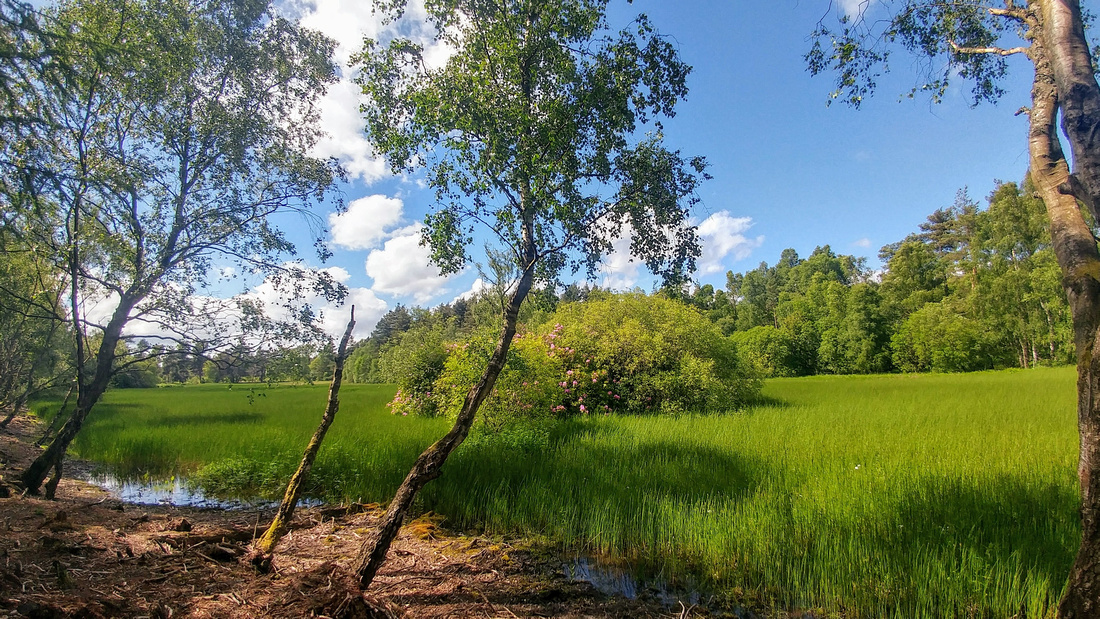 The first time I came across the Keir dam, it was a full open expanse of water. 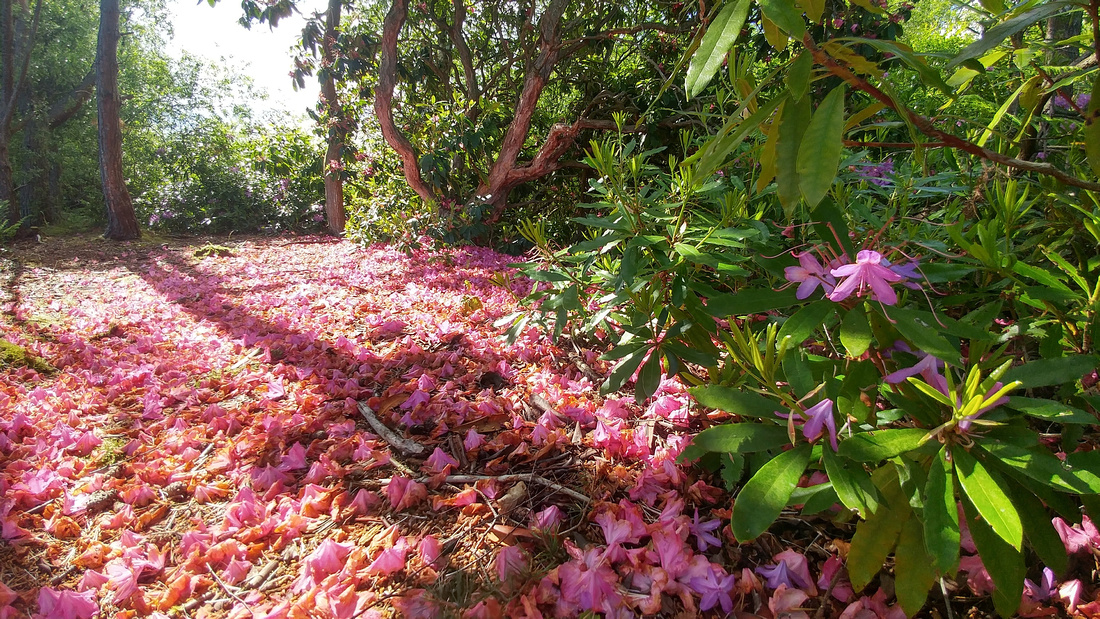 At the end of May, the Rhododendrons at the edge of Moor Loch carpet the ground with their flowers.