A Walk in the White Stuff 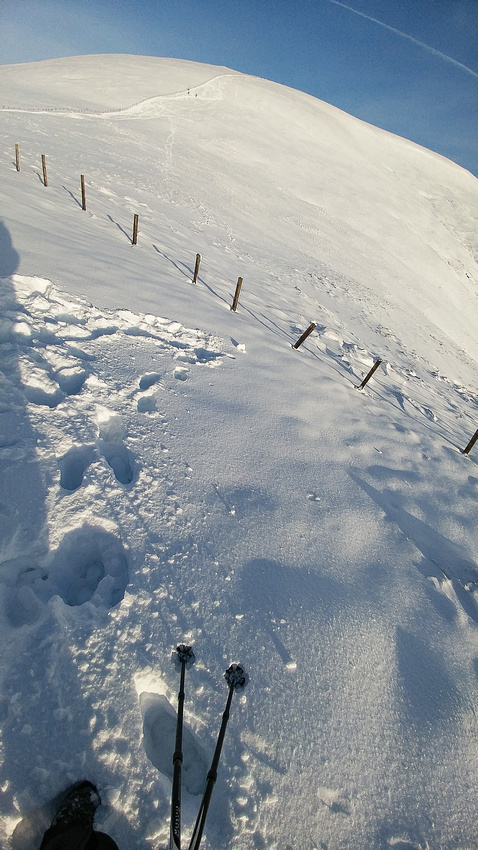 I am lucky to live near to the Ochil Hills. They are only a 30-minute drive for me and I can then be standing 700 metres in the crisp snow 90 minutes after leaving my car. In the winter, this means that I get to walk in snow, where around my house, a little above sea level, snow seldom settles.

We set off late, 10:30 am, a luxury when the hills are so close. Even with a sunset at 3:30 pm, we had plenty of time. We started the ascent of Wood Hill. As we climbed on the steep slopes beneath the Caledonian pines, I stopped to take some pictures. 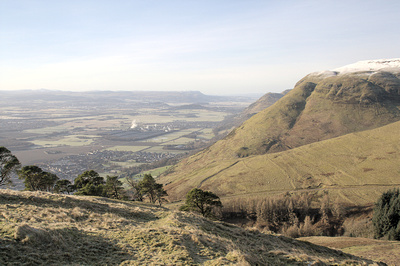 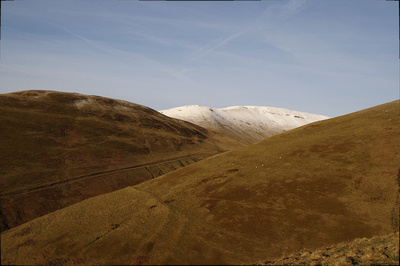 At this point we could see the snow at the top of Wood Hill. The snow didn't look much and it still seemed far away, but we struggled towards it regardless. At the 475 metre mark the snow was well in control and looking around, we realised how much of it there actually was. We could see for miles and the Ochil hills looked like they went on forever in a winter wonderland. 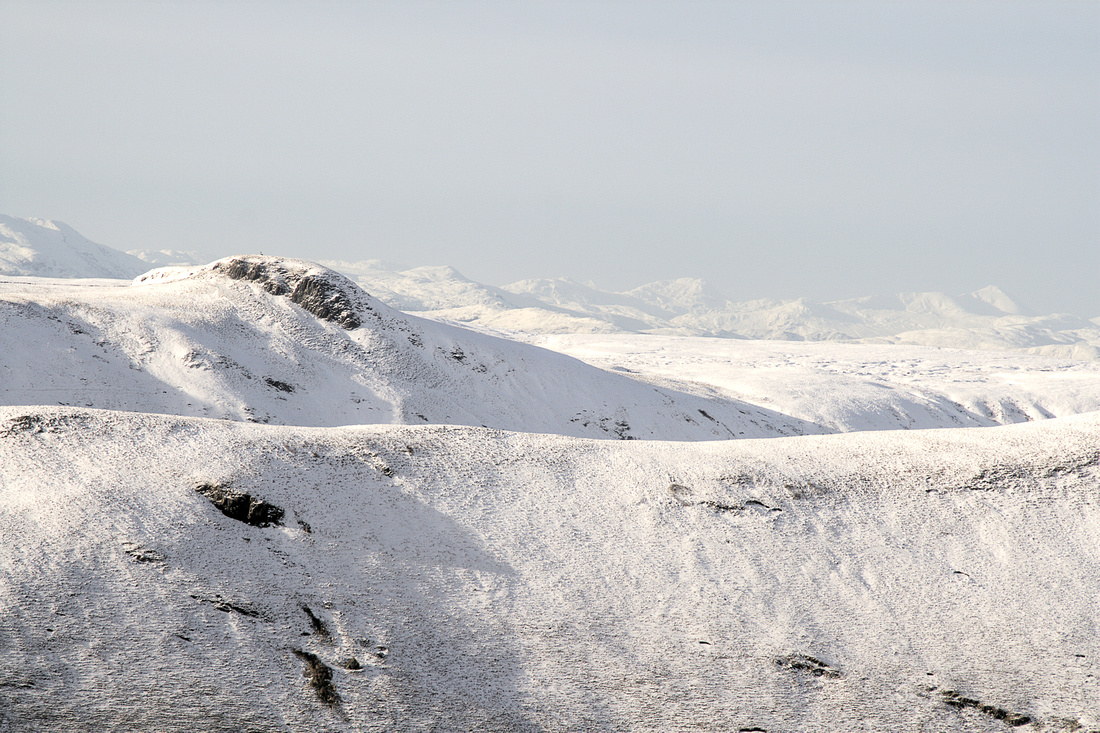 Walking on the snow, I was quick to forget the brown and green land that we had left behind. We were now in a sterile land of bright white with a blue sky. All was good with the world and it was fresh and clean, with only old fences to remind us of man's impact on this land.

There was a well trodden snow path on the final slope up to Ben Cleuch. It was as busy as I’ve ever seen it here. Everyone passing by was smiling and commenting on the beautiful day that we were sharing. We stepped off the well-trodden snow path as we ascended to let people by. we walked a few steps on the solid snow before breaking through up to our knees. The path formed by the many walkers had made the going easier, but my lazy legs were feeling it regardless. 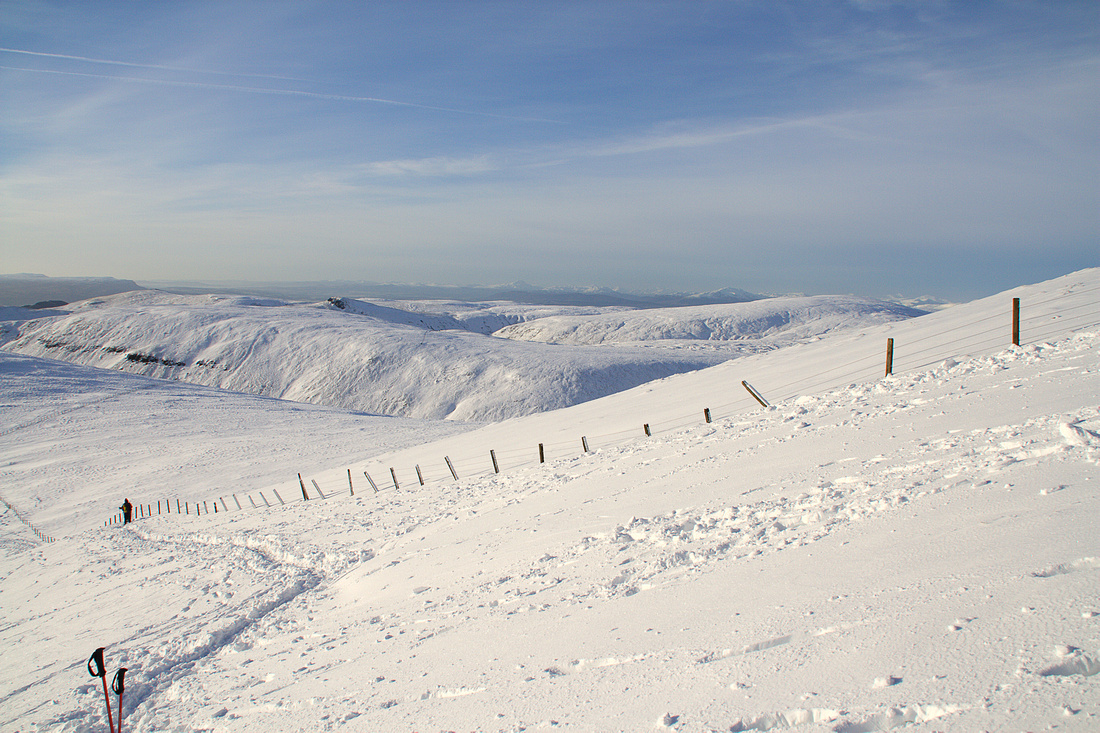 At the summit, there was a slight breeze that made it quite chilly on the exposed skin. We decided to keep moving and I pulled over my face mask as we headed off the summit. This earned a comment by a man passing the other way… “Feeling cold are we?” Well, the fact was that I was as warm as I would have been sitting in my house and I wanted to keep it that way! Some people can walk about in thin layers and be a hero if they wished! I like to enjoy the hills whilst remaining warm, why make it an ordeal?

After the top of Ben Cleuch, we decided to head down at the Law and below us, we could see the Central belt of Scotland. It was brown and green and dirty, an affront to the bright sterile white in which we stood. I could see the steam billowing from the refinery at Grangemouth. The power station at Longannet looked small and the Kincardine Bridge was but a toy. A fire in a woodland billowed smoke to further add to the grunge below us. 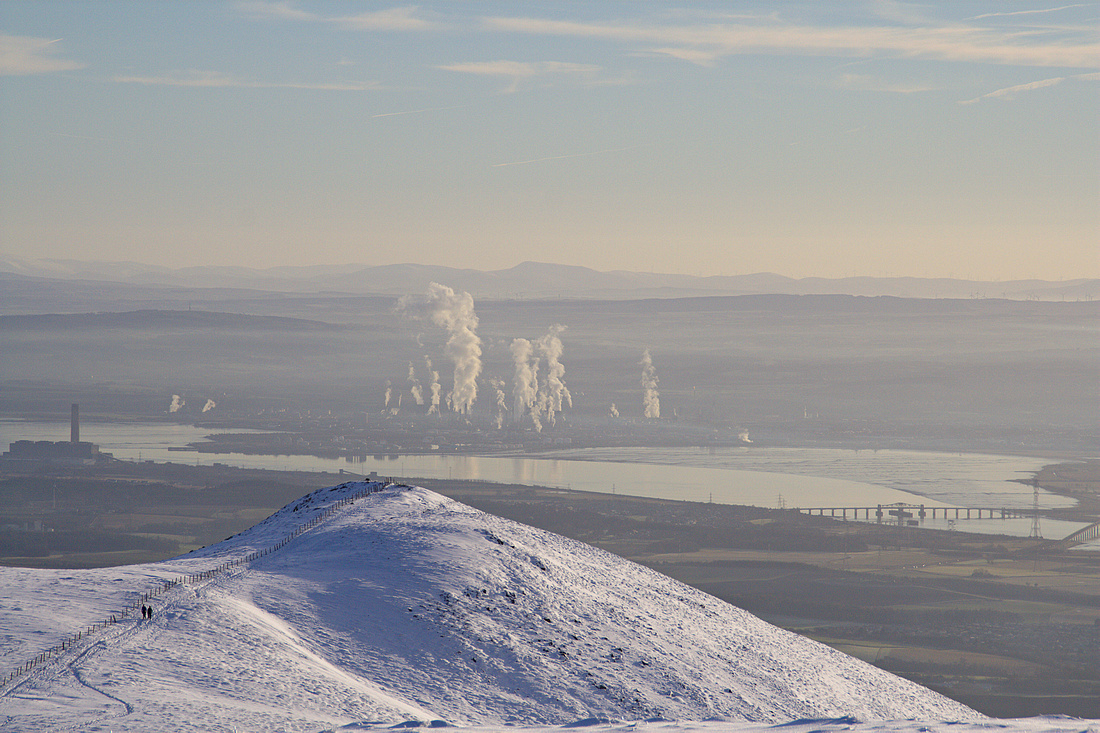 Beyond The LawLooking over Grangemouth oil refinery, Longannet Power Station and Kincardine Bridge, from Ben Cleuch

It was now time to leave our pristine world of white and blue. We had to descend down the kneecap popping 600m of the Law into the dirty world below. As we left the snow line, I looked back up the and could barely conceive the perfect world above me that I had left. 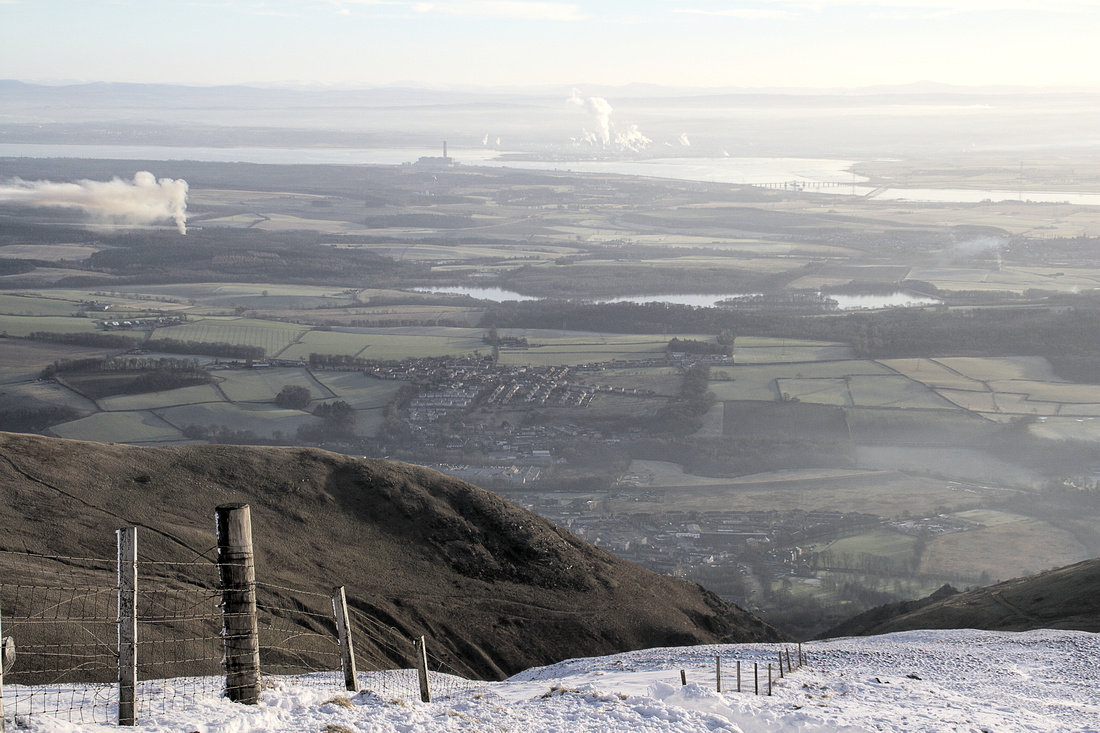 Heading Down to Brown

I was now back in the imperfect world of brown and green which, like it or not, is the world in which I live.