The Dunes of Maspalomas

I’ve never been to the Sahara Desert, but the dunes of Maspalomas, on the Island of Gran Canaria, seem like a mini-replica of the real thing and they are only ~150km off the coast from the Western Sahara. I took the time to pay them a visit so I could at least get a flavour.

As we descended over Gran Canaria, I grabbed this picture out of the window. The 3,718-metre volcano of Mount Teide, which forms the bulk of the neighbouring island, Tenerife, can be seen in the distance. 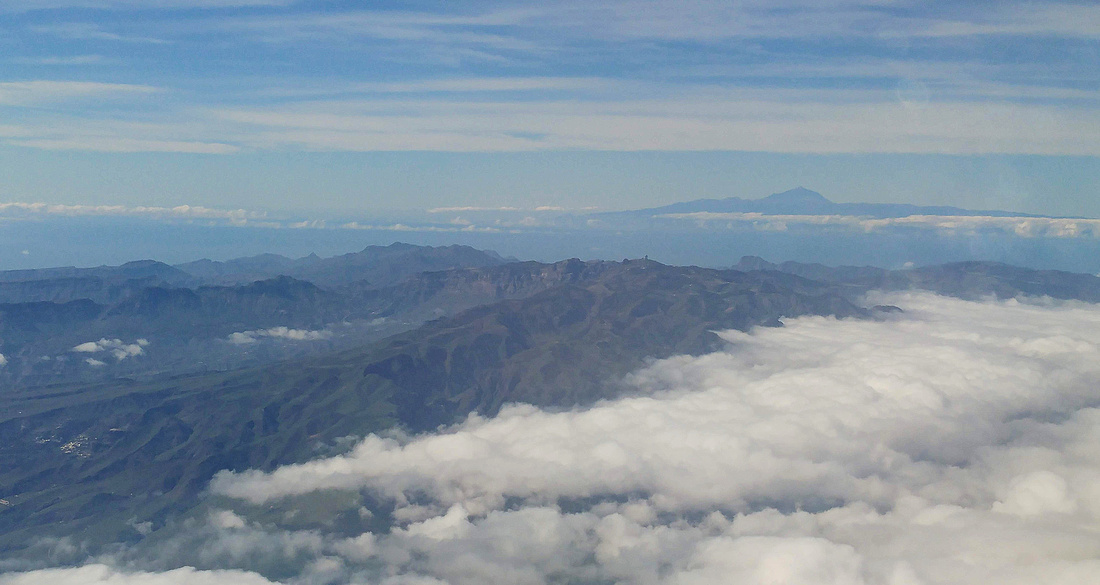 As our plane turned to start its approach on the east of the island, I was lucky enough to see my first Brocken Spectre - It was of the aircraft in which I was sitting! 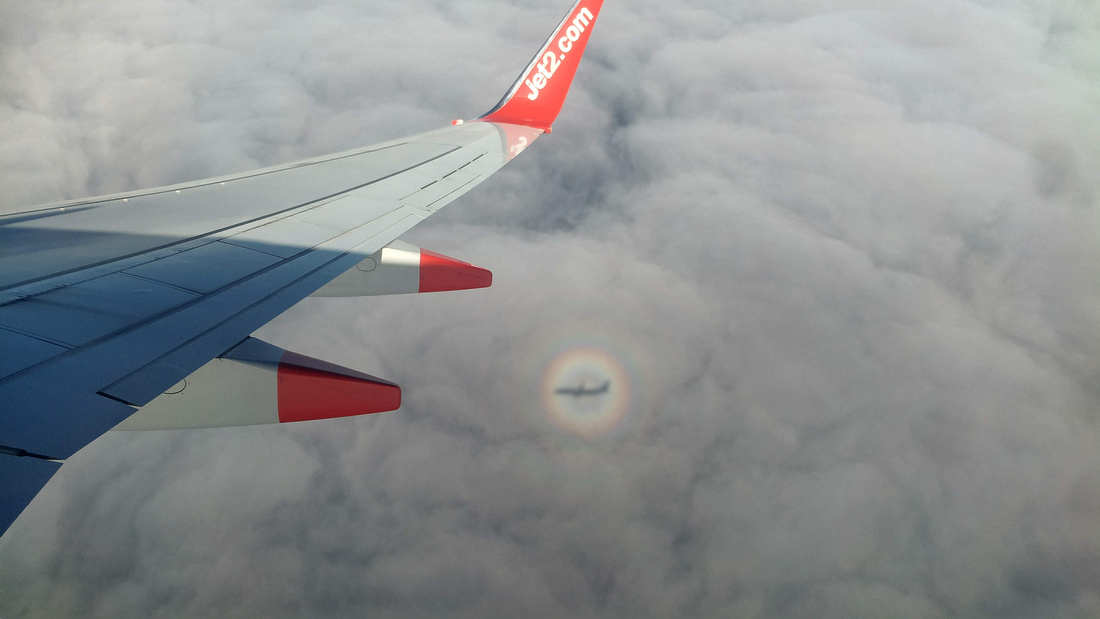 Once on the island, I managed the visit the dunes twice. A part of the dunes is a beautiful nature reserve and worth a walk around (it’s fenced off). The one thing to note is this nature includes the human variety and the inhabitants of some parts of the dunes are what’s best described as “Sex People” - I walked through one busy part with my friends and the nudism and activities are open (it’s obviously accepted here) and there were quite a lot of naked folks standing about in bushes on display for like-minded adults. We thought they looked like Meerkats peeking up and looking about! If you stick to the obvious paths then it’s all (mostly) civilised, especially if you don’t look. Each to their own I think, but it’s useful to know this if you are planning to visit this area for just the obvious natural attractions.

Maspalomas Dunes I hadn't realised that naturist were in this picture until I got home (honest!). I can only sum it up with one word - sunburn.

On my second visit, instead of skirting around the nature reserve, I walked up and over the dunes from Maspalomas to Playa De Ingles. This gave me the Sahara experience that I wanted. I was lucky as the sky was overcast and being December it was only around 25℃. In the summer heat, I think it would be quite uncomfortable and would require a hat and plenty of water to spend time here. 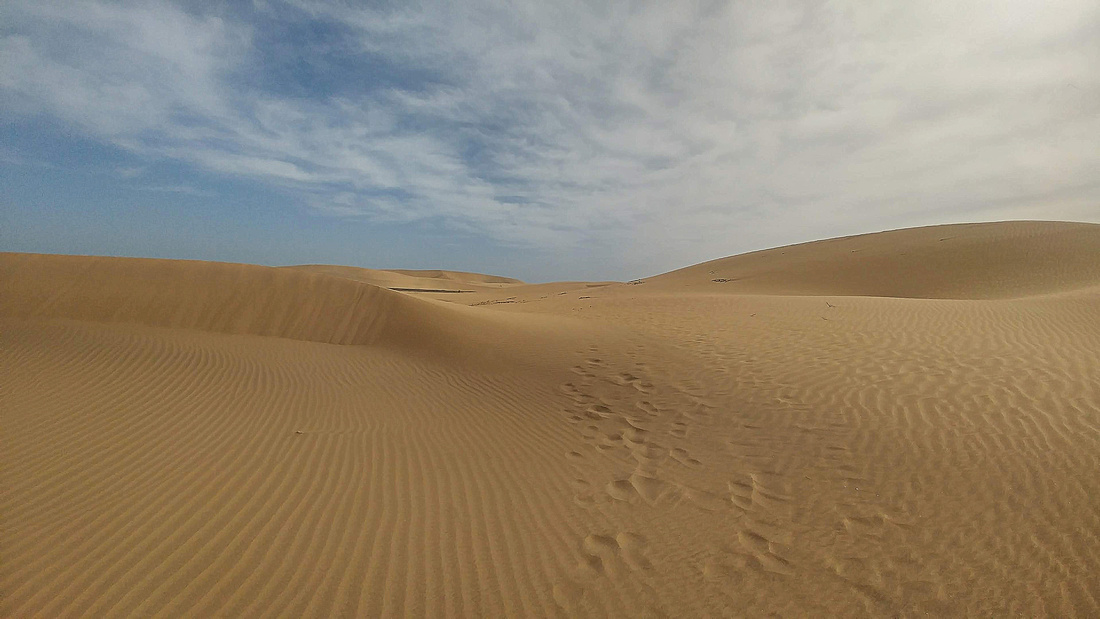 The Dunes of Maspalomas 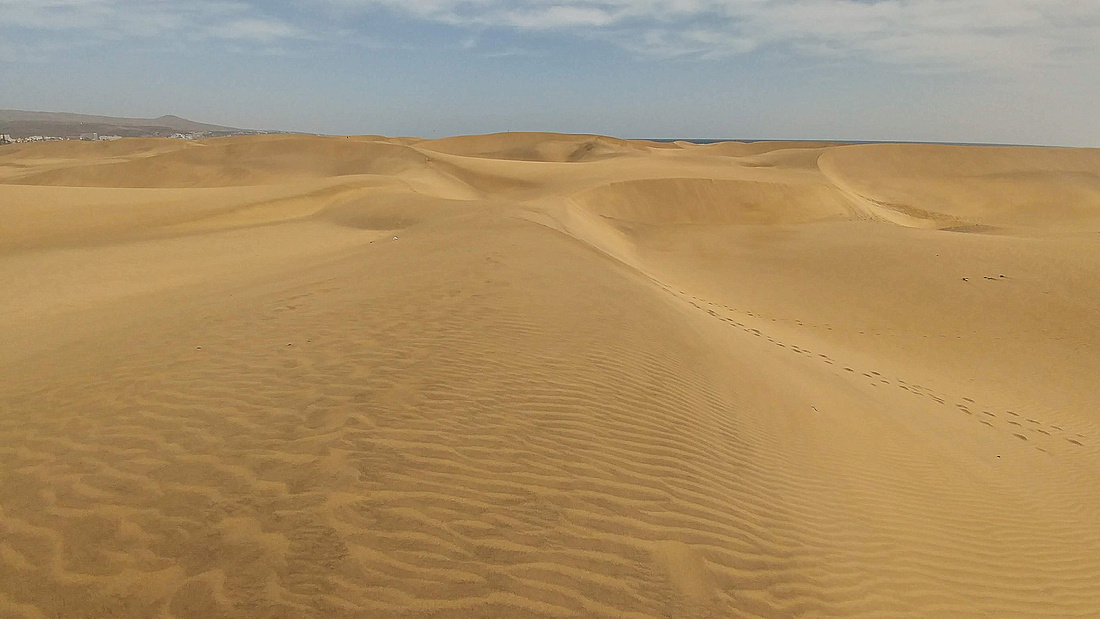 Walking on the Dunes of Maspalomas 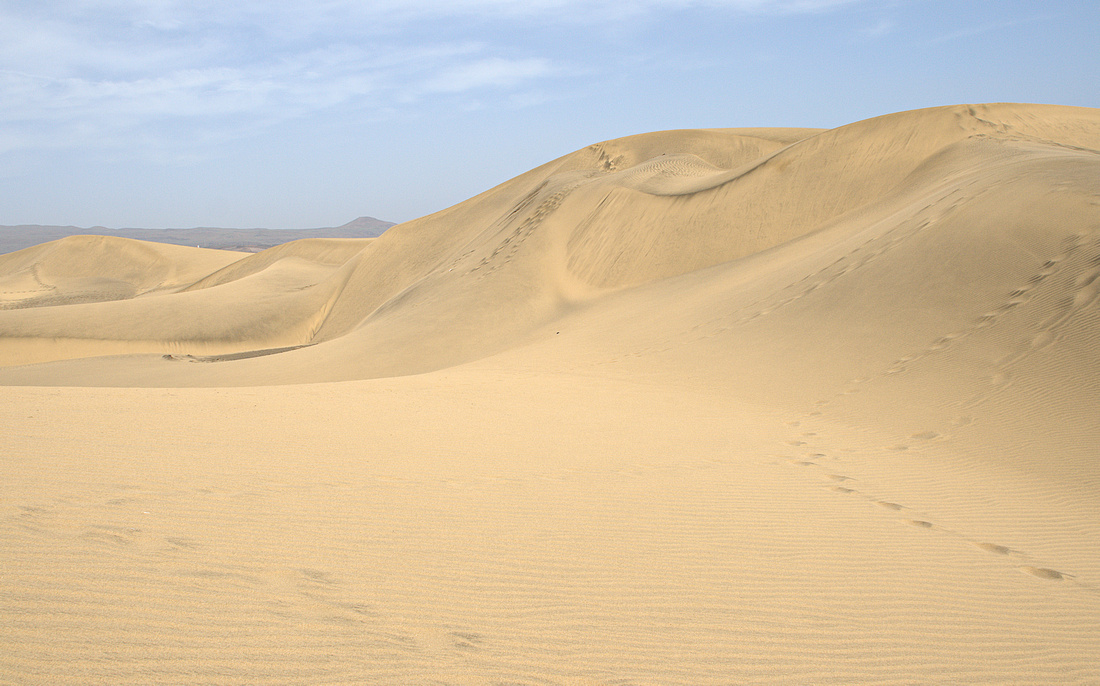 After walking across the high dunes for about an hour, I headed to the sea and walked along the beach to Playa De Ingles. There I met my friends at a restaurant and we enjoyed a meal and a cold beer - a luxury that would not be replicated in a big desert.

I’ll never visit the vast Sahara desert with its 180-metre high dunes, but at least I’ve met its little brother with its 10-metre dunes instead.

Chris Bowness Landscape
I did thanks, back to normality now! We need to get away camping or bothying soon, but not sure what's been arranged for me :(
Andy P(non-registered)
Like the picture of the 'ghost plane', need some pictures of nudey burds though.

Hope you had a good holiday mate.
No comments posted.
Loading...