A tribute to Tor Wood

Torwood is a small village outside Falkirk, it is named after the wood that borders the village, Tor wood.

I drove through the village of Torwood with a heavy heart. I usually drive through here with fondness, thinking of all the walks and explorations I've had in this wooded area. This time I was sad as the trees were being harvested.

From what I could see from the road, it is selective harvesting, but it is dramatic. Where a mature open coniferous forest stood, there is open space littered with wood debris. I thought of the time I saw a red squirrel there, of the photos I took in this area, now all gone. As I sit surrounded by modern mass-produced woodchip furniture, I understood why, the trees are simply money, but I don't ever want to like the consequences. I think of the scene in the Lord of the Rings films when the Orcs are cutting down all the trees to manufacture arms...I wonder if our pursuit of profit has made us collectively like those Orcs.

As a photographer I see lots of plantations, all regular shaped intensely planted so the forest floor is black and lifeless. These plantations are everywhere and ugly too, spoiling many fine landscapes. They are all being cut down it seems on an unprecedented scale, leaving an even uglier ground behind that heals slowly.

Torwood is a plantation too, but it was different as it was loosely planted and the trees were big. I could be there in twenty minutes, from a large population centre and disappear into an environment that made me feel much further away than a mere twenty minutes.

After a time of following the paths, I eventually got bold enough to leave them and explore the forest and its many beautiful scenes created by the old trees that got crowded out by the fast-growing conifers and killed by the lack of light.

Tor wood has a history in the 2,500-year-old Tappoch Broch located at the highest point. It also has the 16th-century Torwood castle nestling at the back, the Seat of Clan Forrester. Torwood is also mentioned in history for the battles of Bannockburn and Falkirk - Seaward the Dane passed through here in the 10th century in pursuit of Macbeth.

This place has mystery too in the blue pool of Torwood and it has a sinkhole that gets slightly bigger at each visit. How much better can a place be to not be cherished and preserved.

Tor wood is wonderful and I can only post my pictures to try and illustrate the joy my many visits to it has given me. I can only hope that the harvested areas are replanted and that the developers are kept at arm's length from this prime real estate.

"They hang the man and flog the woman that steals the goose from off the Common, but let the greater villain loose who steals the common from the goose". 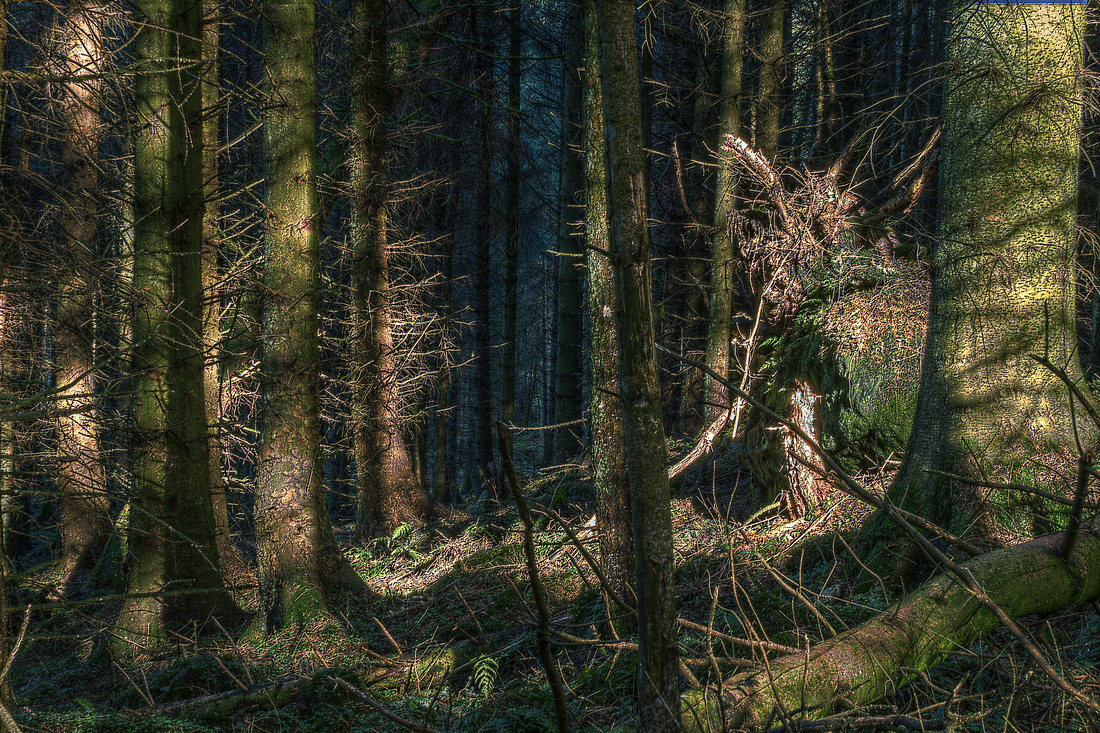 Torwood SunshineIn amongst the trees at Tor wood, near Falkirk. This part of the forest has now been harvested. 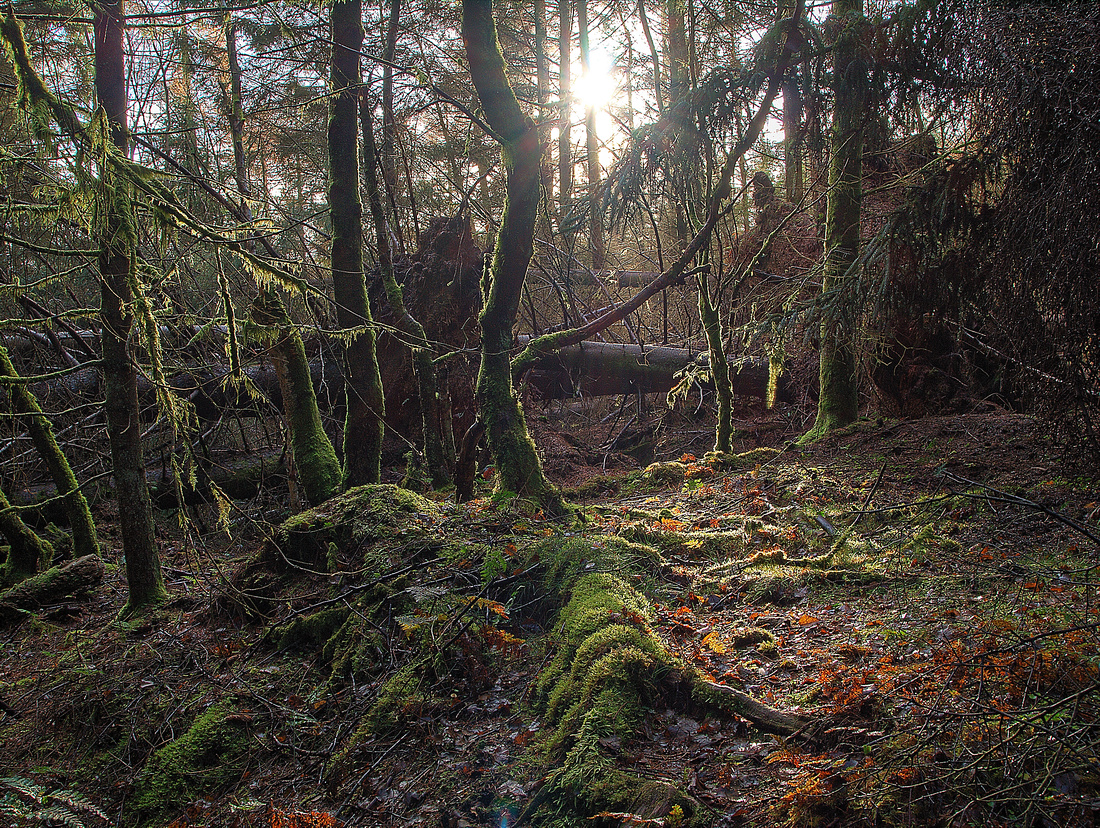 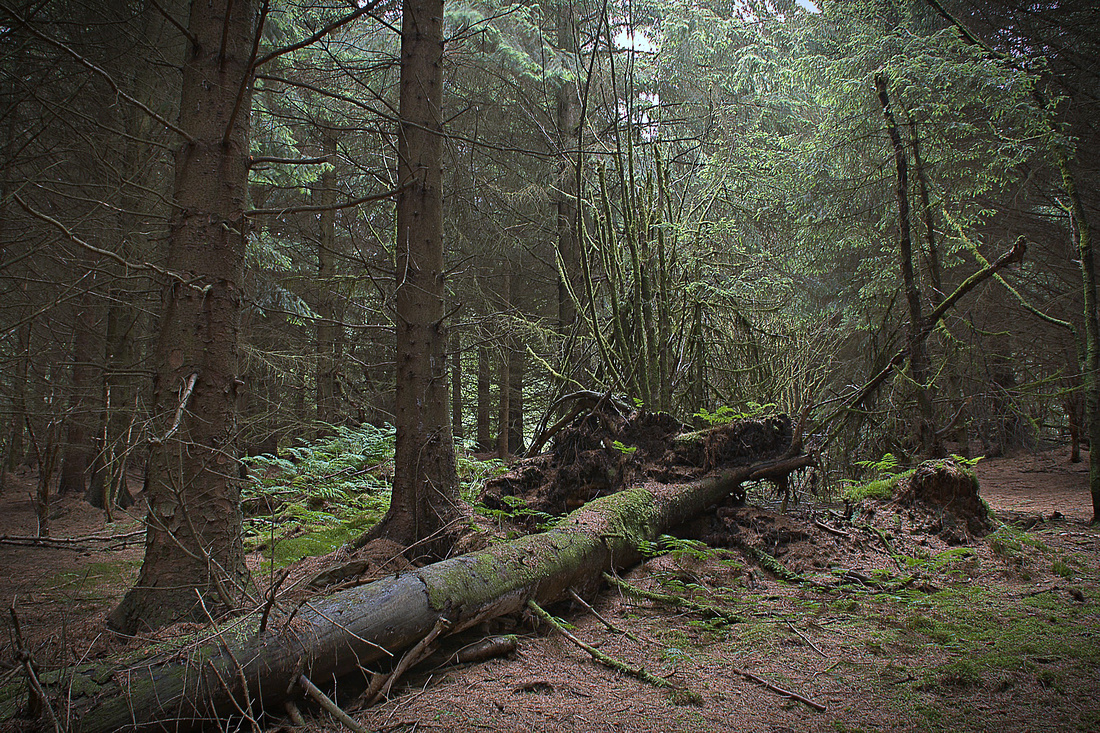 The FallenFallen Tree in Torwood 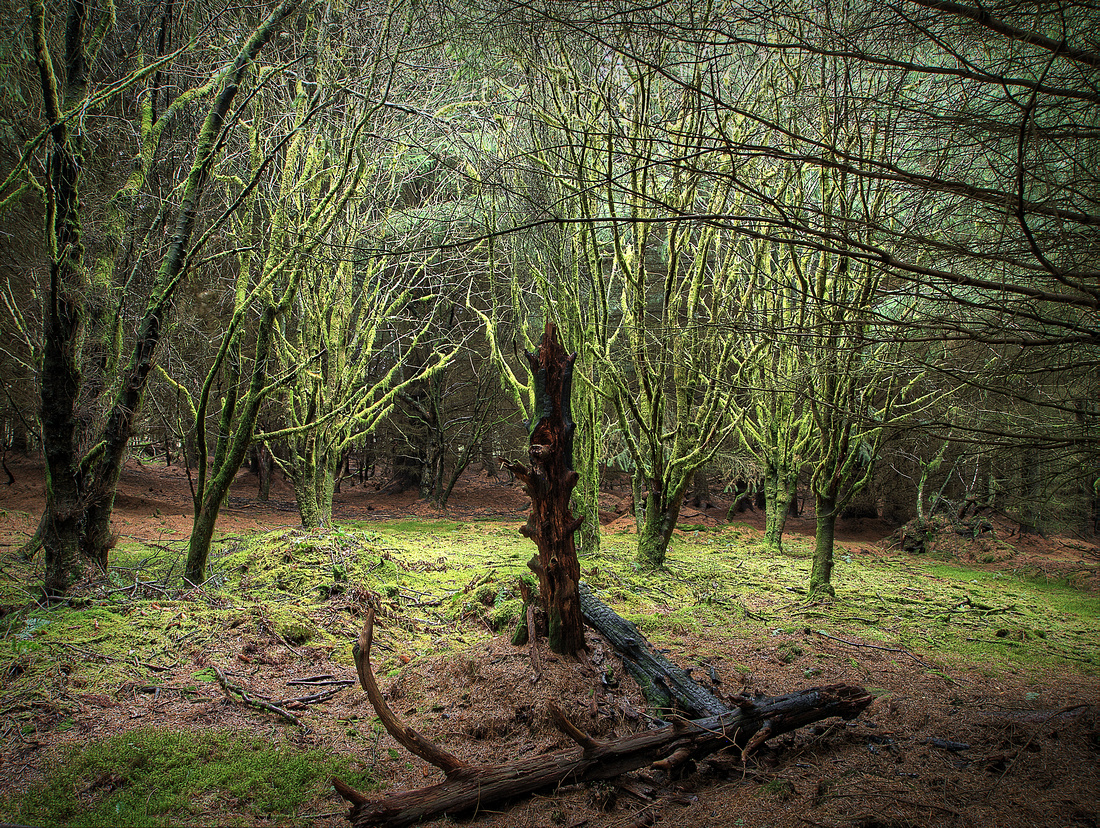 The Light OasisThis grove of moss coloured trees draws one out of the dark wood into the light of the clearing. Taken in Torwood Scotland. 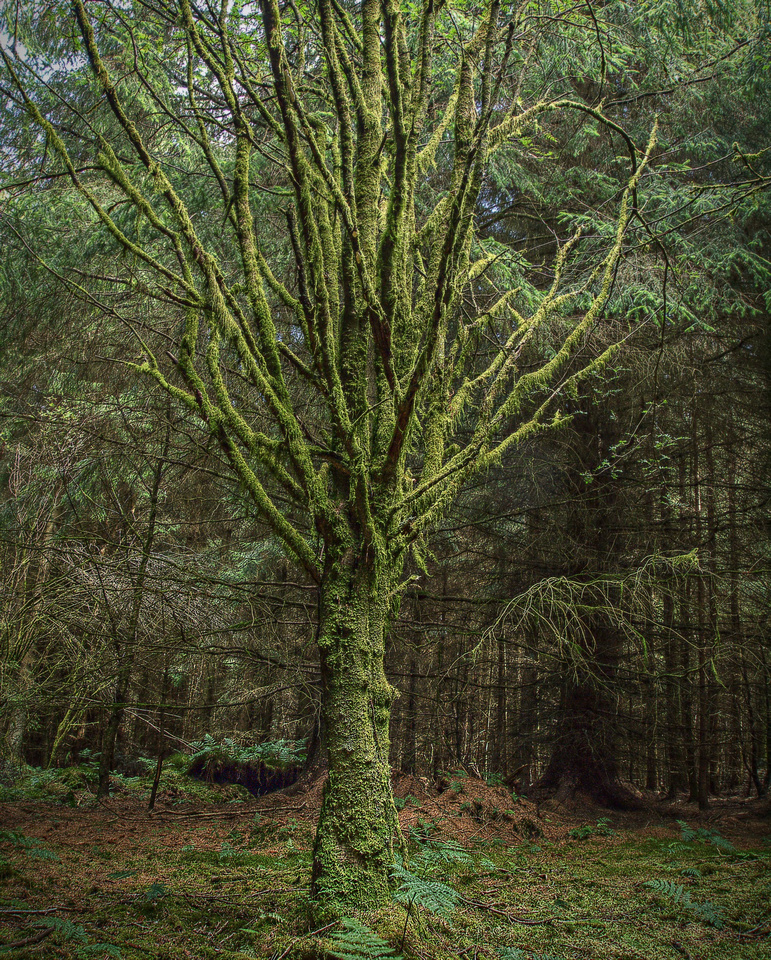 Treebeard?This tree stands in Torwood in Central Scotland, it was obviously dead when I took this picture, having been crowded out of the light by the surrounding pines. Still it had character and the little face on the side hinted at a smile. 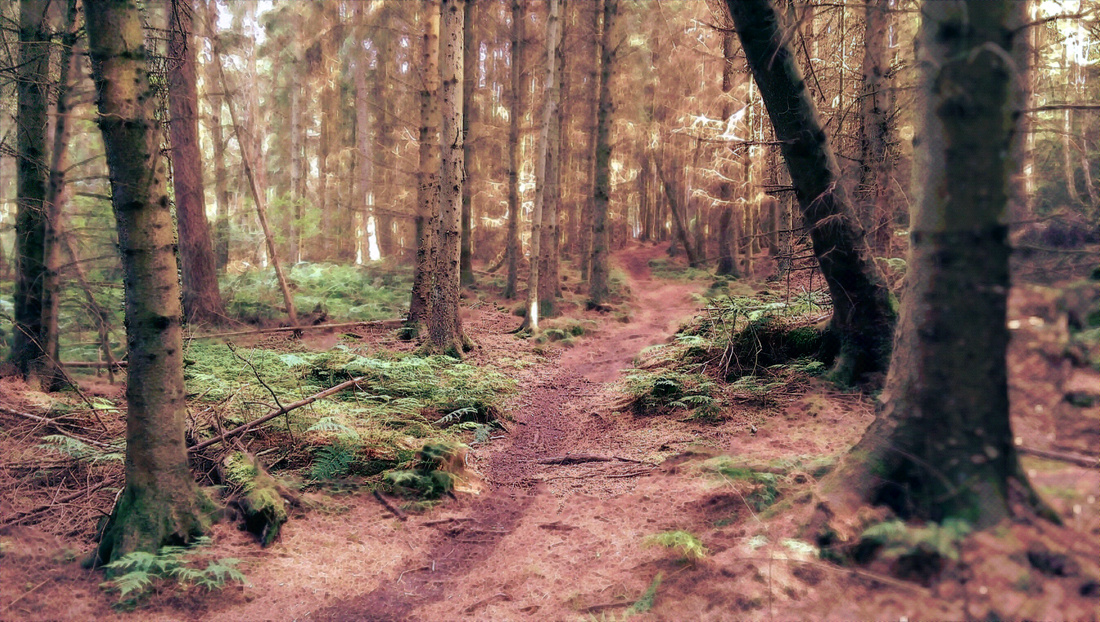 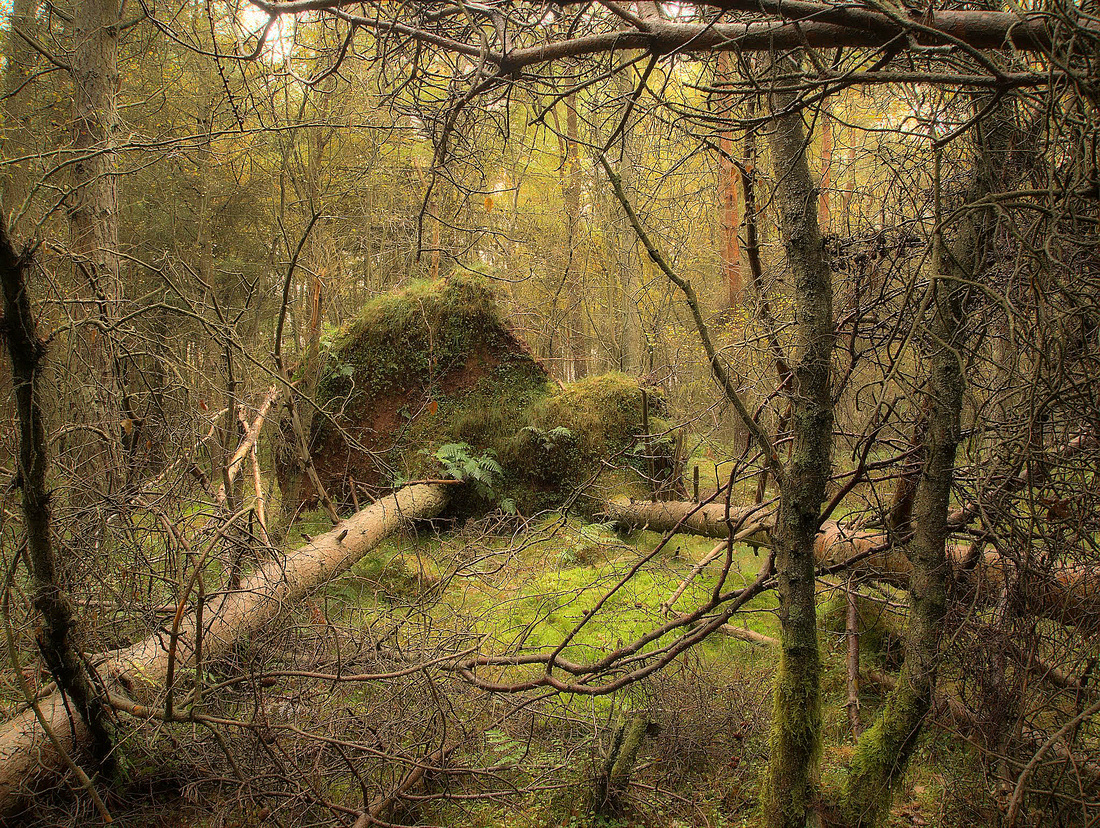 Falling DownFallen Trees in Torwood near Falkirk in Scotland 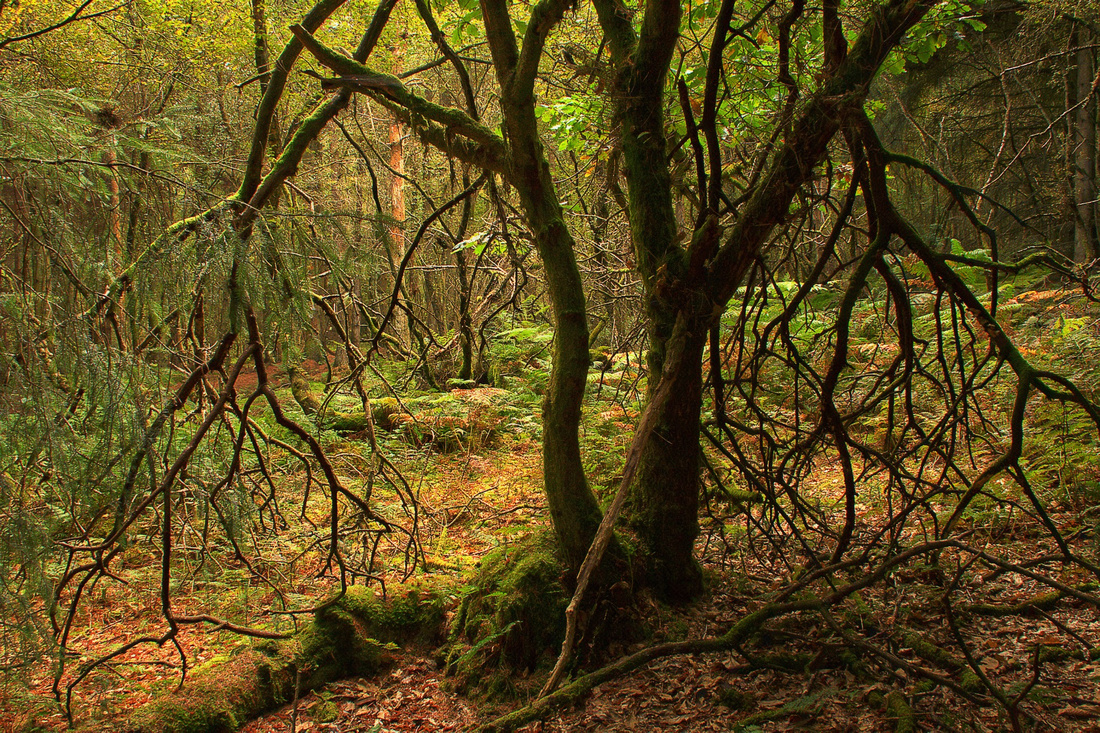 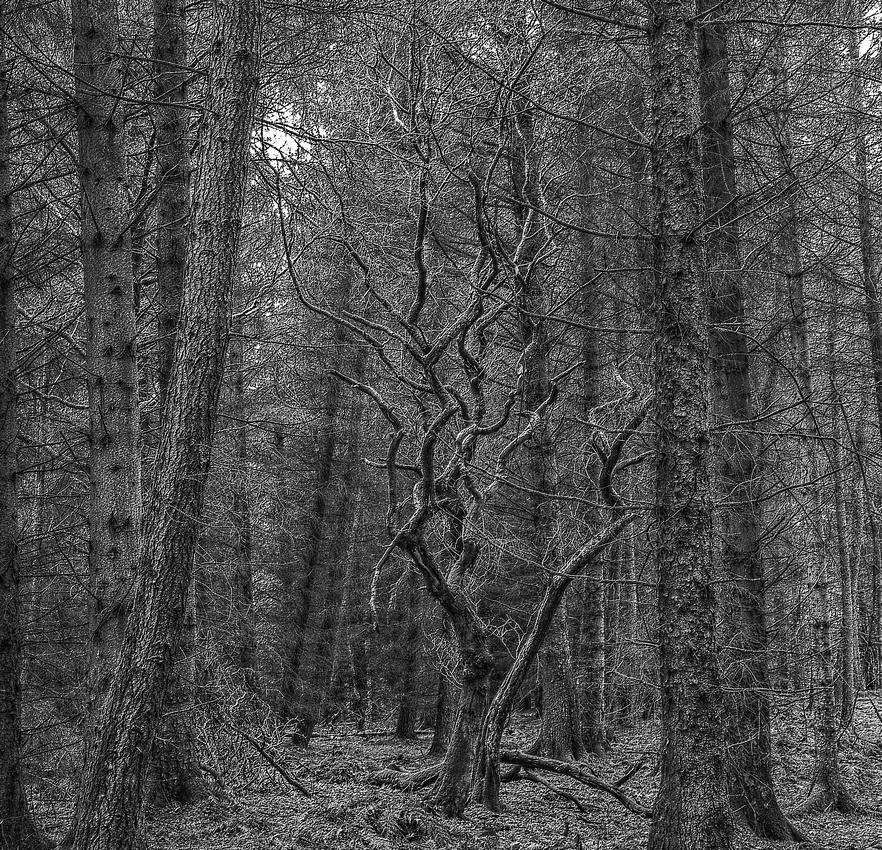 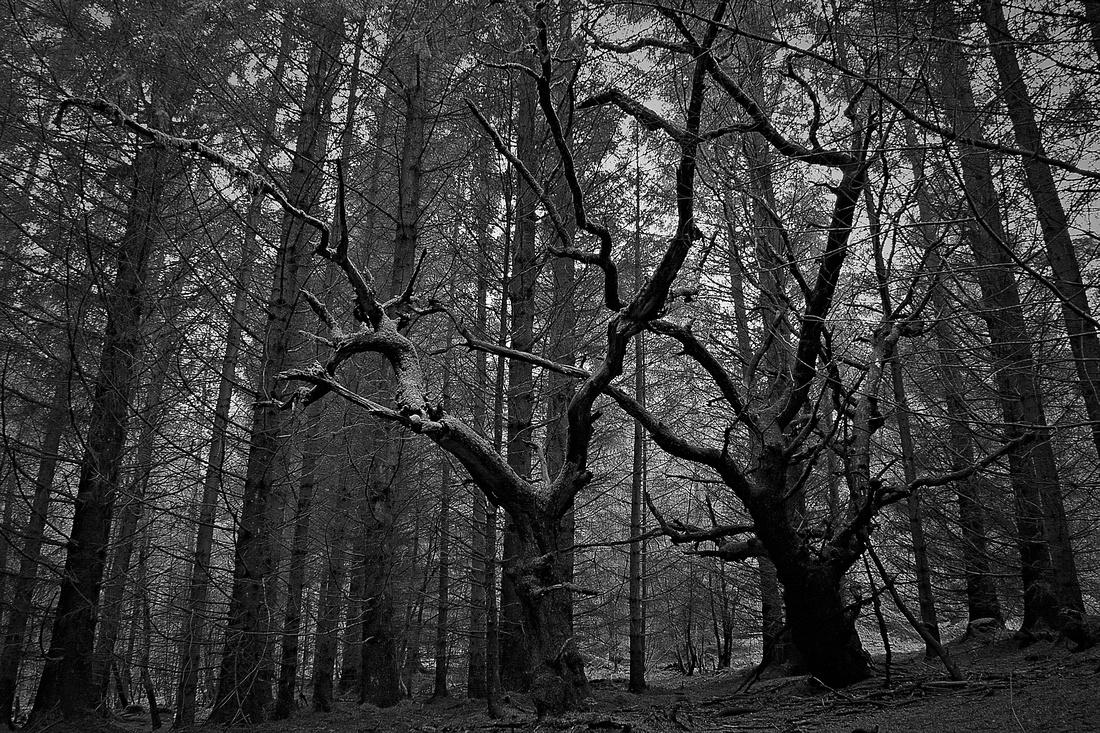 Here is a video made from one of my dog walks in Torwood:

Chris(non-registered)
Cheers mate. There are some good wee camping spots around here.
Andy P(non-registered)
Some great photos mate, looks like a great place to play hide and seek. ;-)
No comments posted.
Loading...