Behind the Picture: Breezy Buchan

Pictures contain so many memories, simply looking at one image can open a door to many things that would otherwise be forgotten

The image below reminds me of a place I lived in the 90's - It's called "Breezy Buchan". 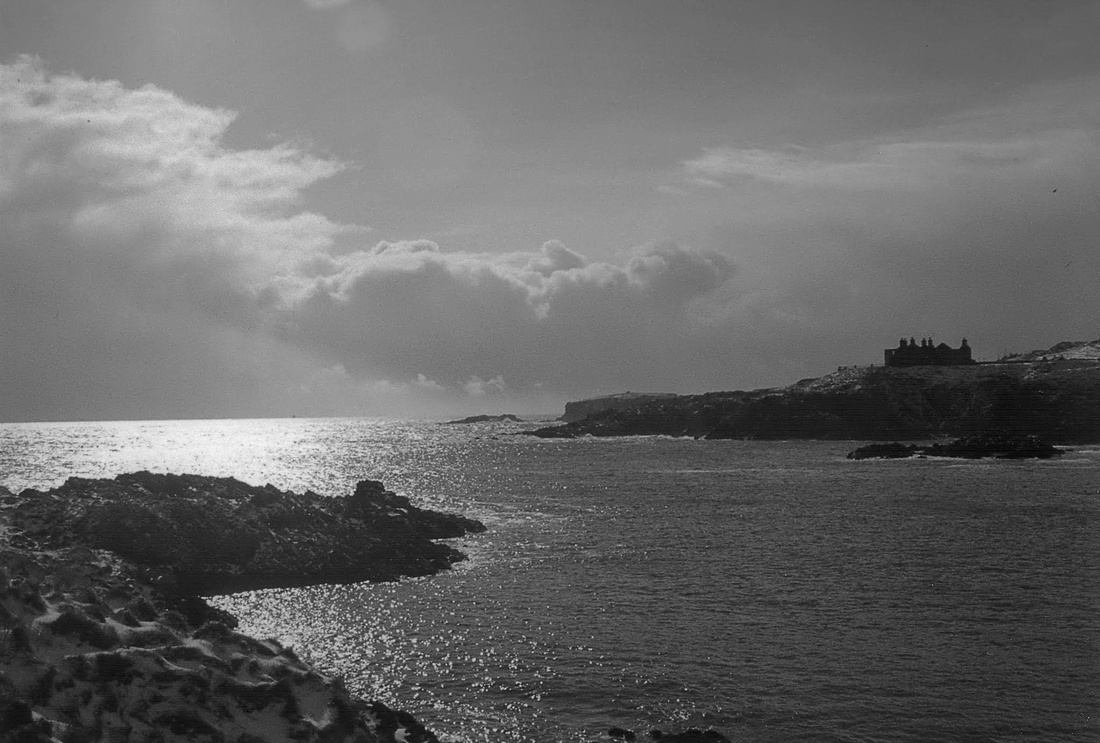 The above image is a scan of a film print, taken around 2000 on a return visit. I worked in the village of Boddam between 1993 to 1997, having moved there after completing my engineering apprenticeship. I look back with fond memories of the people I worked with. I remember the engineer's mate, Billy, who was near retirement when I arrived, he had lived in Boddam for the majority of his life, since he was a boy, but he was not born there, so some villagers didn't consider him to be a local. As a fresh faced young man in his twenties, I learnt a lot from the engineers assistant, as he had seen it all in his forty years - he was the best tradesman that never was...

I remember the morning ritual of Billy going to the local papershop in Boddam in the works van, where Billy would take ages catching up with the day's gossip with the shopkeeper, a lady in her late 70's. I remember going to look at the shelves whilst they talked and I came across a stainless steel vacuum flask - it's price was written on a label, 9d...that flask had been there at least 25 years as decimal day, the change from the "old money" of shillings and pence to the much easier decimal money of pounds and pence occurred in 1971.

As an outsider from Fife, a place renowned for the locals having a strong accent, Boddam and the much larger town to the north, Peterhead (where I had moved to) was a major challenge for me to understand people, as the locals have a much stronger accent than anyone else in Scotland; it is unique. They are very hard to understand to a visitor and this youtube clip of a local man reciting his great poem about the lovely Boddam, gives an idea of how challenging this soft and musical accent can be to a visitor.

I quickly learned to understand this accent, known as Doric, but it took careful concentration to pick up. I remember figuring out that a male is called a "loon" and female is called a "quine" and after that I eventually tuned in to what was being said. Understanding Doric is not like riding a bike however, I remember going to Peterhead several years after I had left and again, I didn't understand what people were saying to me.

The village of Boddam and Peterhead is dominated by the sea. Fishing was of great importance to this area for centuries and it still is. It is almost always windy here on the cold North East coast of Scotland, which is closer to Norway than it is to London. Billy always used to laugh at me moaning about the weather and he would tell me "you're in Breezy Buchan now, get used to it!". Whenever nice weather was forecast, the morning would be warm and sunny and then on the horizon the mists would boil up on the sea and move inland, it would turn into heavy fog leaving the area cold and dark, whilst the TV news would report that the rest of the country was enjoying exceptionally warm weather.

The other thing I remember about the fog is the foghorn, which blew its warning day and night until the fog cleared. The foghorn was located in Buchan Ness light house, which was to the left of where I took the above picture. When I lived in Peterhead the lighthouse had an electronic foghorn, which I could hear 3 miles away lying in my bed in Peterhead - it took a while to get used to that. The electronic foghorn was seemingly quite polite compared to the old compressed air foghorn that it replaced. The previous foghorn had the sound of a surprised cow mooing and the locals had named it the "Boddam Coo".  It was far deeper and penetrating than the electronic tone that replaced it and although I'm sad I never heard it, watching the video below of a fog horn blowing at another lighthouse, Portland Bill in Plymouth, I'm probably glad I didn't have to try and sleep through it...

The above video taken from youtube, was taken during a foghorn requiem, where the foghorns were serenaded to music, to celebrate their retirement. Nowadays the coast is silent on foggy nights and the sailors are much safer due to the convenience of global positioning systems.

I still have contact with one of my old workmates who lives in Boddam with his wife. He took me under his wing when I moved there and they attended my wedding. A long overdue visit to Boddam is required to catch up with them.

It will be good to visit here again.