My wife is frustrated... It is not for the reason that you (the reader) will have immediately thought, at least I hope not, but the reason for my wife's frustration is due to her having a garden that has never been finished.

My wife married a walker- that's me. This walker loves to be out in the countryside and gardening, where the layout is made to be aesthetically pleasing, rather than just growing some vegetables is something that I despise. I love raw nature where man's hand has not had an influence, this is rare even in empty Scotland, but I can still find places where I can at least pretend that this is the case.

After having been to bothies for the last few weekends, my long-suffering wife has been hoping that I could get out and finish our perpetually unfinished garden. She did not, however, bank on me having harboured ambitions over the winter to get out after work in the summer and walk my local hills enjoying the bright nights and twilight walking.

I have half-heartedly had to do some night time gardening in May but in the beautiful warm weather we have been gifted in early June, the garden can do one... I'm going walking.

Wednesday night on 6th June 2018 was a beautiful day, I got home from work and then had to drop off my wife at work. I was then free to grab the dog and set off for an evening jaunt up King's Seat Hill in the Ochil hills. I had walked halfway up, then I spied a herd of cattle near the Spitfire memorial. This was new to me and with my dog, I thought it safer to turn around as sometimes cattle can take aggressive exception to a dogs presence in their vicinity.

Cutting my walk short, I ambled back down and instead was able to concentrate on the many skylarks on the way. The skylarks burst from the grassland, fly up high in the sky and sing their hearts out, as they sing they sometimes flap their wings rapidly and other times they simply glide before they diving back into the grass from whence they came, abruptly ending their song. Between King's Seat Hill and Bank Hill, they were particularly active and I recorded their song on my phone. Unfortunately, I cannot figure how to embed it onto this blog page, so I post this video of me listening to the Skylarks during another visit.

With the sound of the Skylark in my ears, I descended down into the Glen of Sorrow. Play the above clip and look at the pictures below and you will see the sights and hear the sounds of the Ochil Hills. 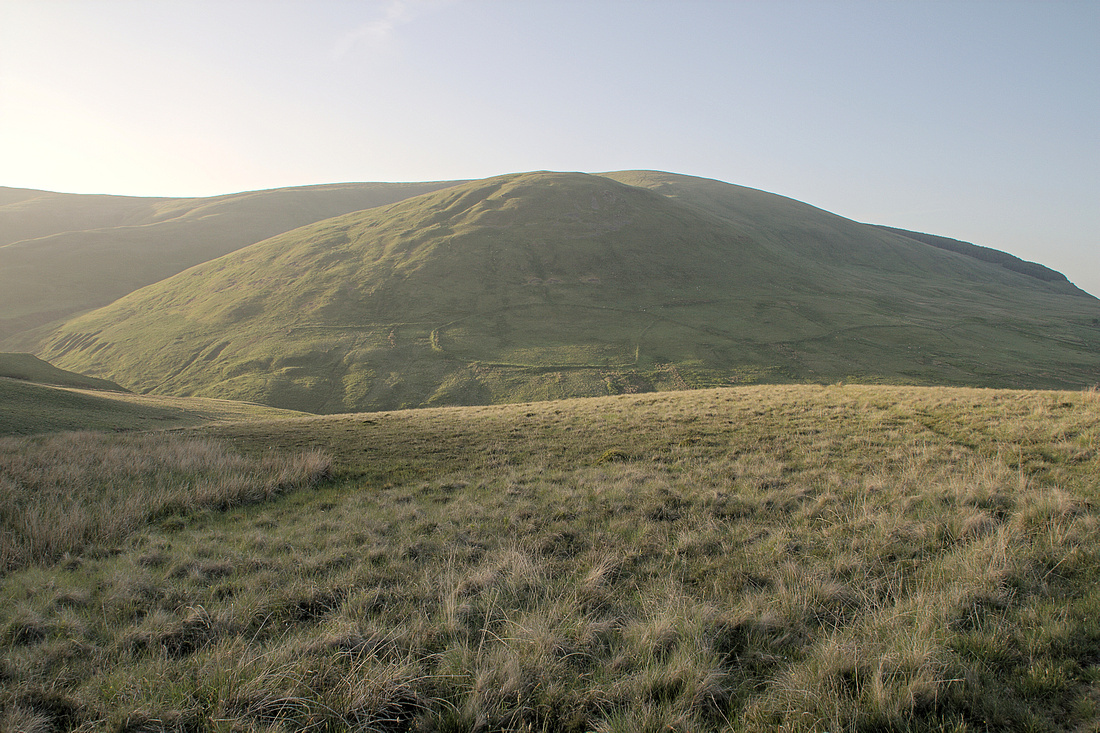 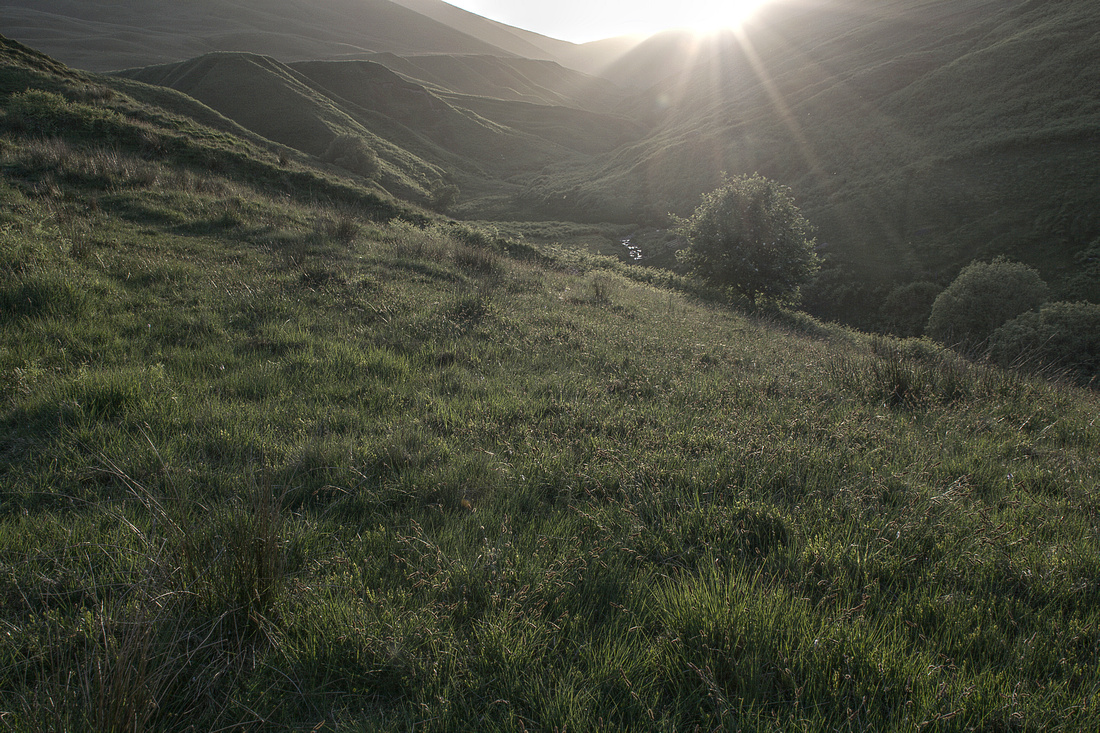 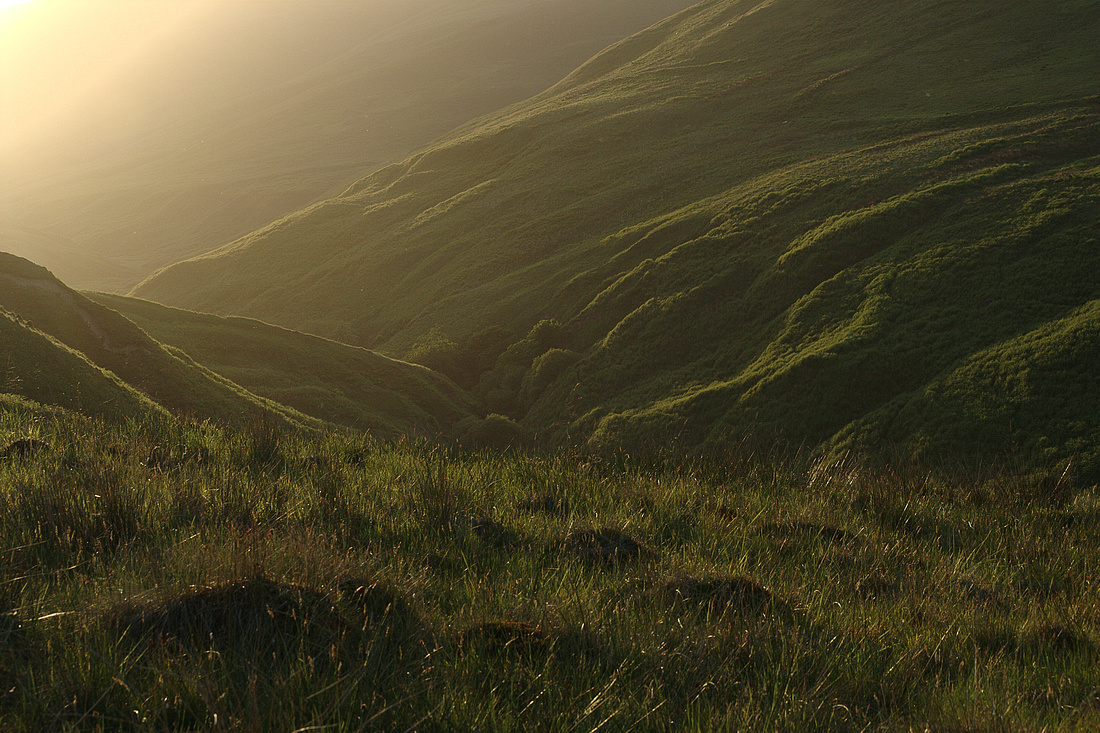 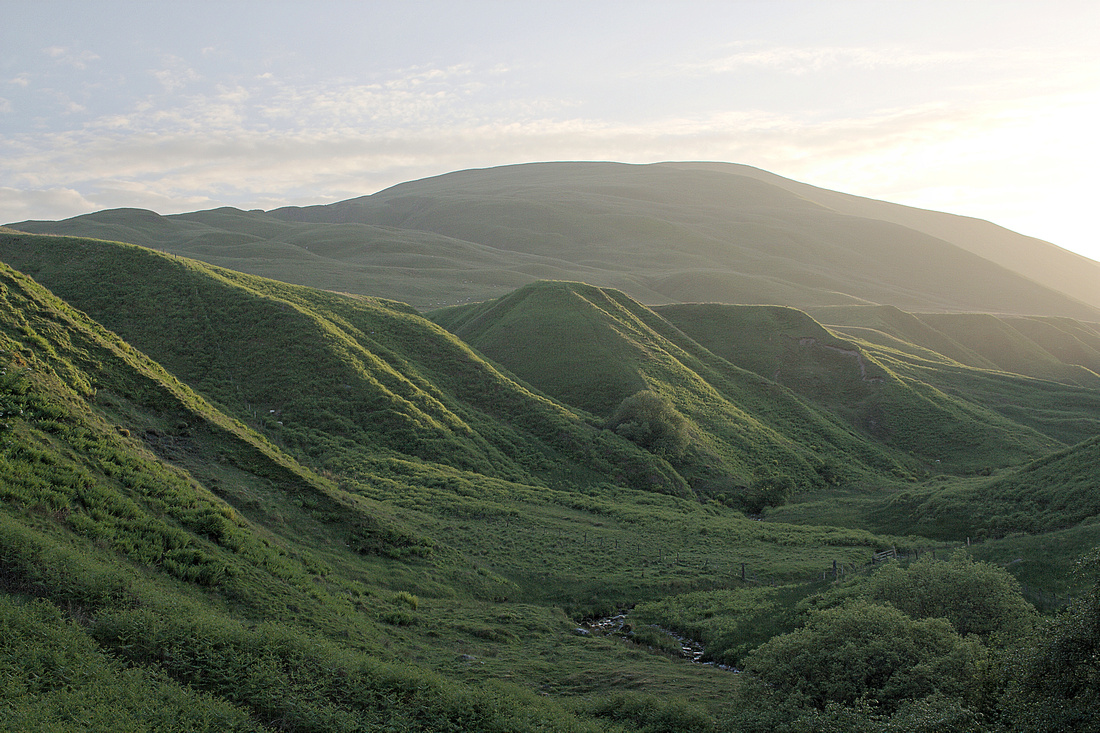 As I continued my descent into the sunlit Glen of Sorrow, the sound of the skylarks in the grassland behind me faded away to be replaced with the calls of crows and of sheep. As I descended into the gorge of Dollar Glen, these sounds were again replaced with the roar of water cascading over waterfalls.

My abandoned walk had only lasted about an hour and a half, but I got much more out of it than I could than sitting in my garden listening to the noises of a town with its noisy engines and the low rumble of distant traffic.

I love walking. My garden will just have to wait a little longer.

Chris Bowness Landscape
Thanks :) Yep it's definitely getting done, there's no escape...
Andy P(non-registered)
Great phots mate. You know you're going to do that garden at some point.That's what 'to do' lists are for.....
No comments posted.
Loading...