Summer camping can be great in good weather, that is until the insects come out and eat you for dinner.

Our weather has been positively Mediterranean for weeks, dare I say months? To take advantage of this Andy invited me to bivvy at a good spot that he has found in Devilla Forest. He also decided to bring his dog Bam, who is a lot bigger than my dodgy-backed dog Digger (a future post...).

So after a 30-minute walk from the car park, we reached a lovely spot that Andy had discovered during one of his dog walks. I had bought my tarp so Andy suspended it from two trees and we laid out our stuff with Bam sleeping in between us. 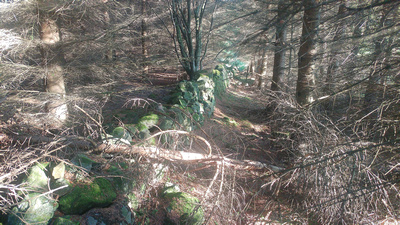 The ForestWe camped beside this thick plantation 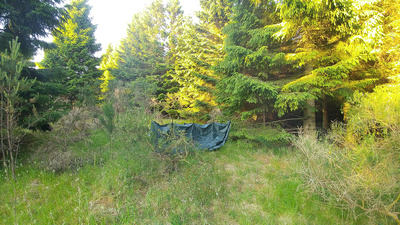 Putting up the tarpAndy tied the tarp between two trees 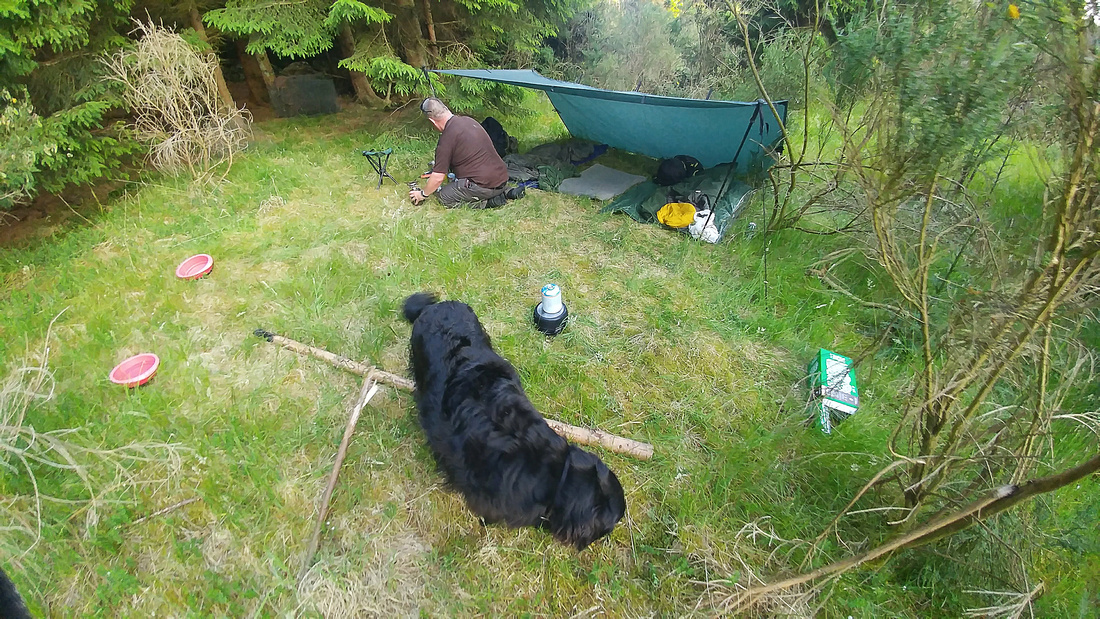 It was a beautiful warm night, the tarp and bivvy bags were a precaution, as you can never be sure. Andy made a lovely paneer cheese curry with dry food for Bam and we finished dinner in the fading light. As we sat about talking and having a few drinks, the local wildlife decided to come out for its dinner. The hungry beasts were in the shape of large mosquitos that approach you like ghosts, suddenly land and simultaneously sink their apparatus into your skin to get a feed. We had countermeasures though and the bottle of 'Smidge that Midge' was deployed and smeared on our skin to resist the attacks and it did prove an effective mosquito deterrent. The Mosquito's countered by concentrating their attacks on the long-haired Bam who sat bravely trying to ignore his situation until he too was applied with 'Smidge that Midge', which helped him as well.

As we sat and talked, the mosquitos were around us but were suitably deterred by our repellent so that we could enjoy a night of after dinner drinks and conversation. For bedtime, I had put my head net and gloves in my pocket to put on before I slept, as added protection.

Eventually, it was time to sleep and I pulled my head net over my lager hazed head and quickly fell asleep. During the bright summer night, I awoke a couple of times and I realised then that Bam had the nature of a guard dog as he sat awake, all night it seems, guarding the camp and its sleeping occupants. On both occasions, he was sitting a few metres away, but in different places, vigilant to his surroundings. I went back to a comfortable sleep knowing that Bam was watching our back. 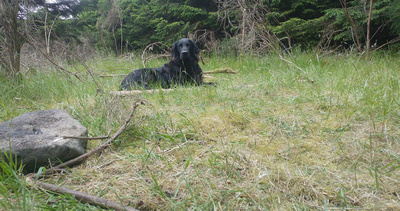 Bam stands guard whilst we sleepBam is a natural guard dog it seems, he sat like this all night, where Digger would be tucked up expecting me to stand guard 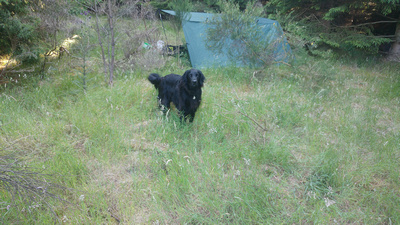 In the morning I awoke with my arm hanging from the bed and I realised that my gloves were still in my pocket. Around the back of my thumb was covered in a lot of mosquito bites - forgetting to put on my gloves was further let down by me missing this spot with the insect repellent. The mosquitos had eaten well and this part of my hand was like a pin cushion.

We packed up and headed home. Once there I was beset with itchy lumps from the mosquito onslaught, I had an itchy lump on my forehead, one on my nose and a swollen hand where the main feast had been taken. Andy is well organised and carries anti-histamines with him for eventualities such as this, but I was forced to visit my local pharmacy to buy cream, which barely helped to ease the few days of incessant itching bought on by these bites.

I get the odd mosquito bite at home, but they are smaller and darker - the Devilla ones were large and white and floated about like little white spectres. It made me wonder what type of mosquito they were - In 2003 a colony of tropical mosquitos were discovered in the nearby village of Menstrie...

With my imagination, wild camping is always an experience, no matter what time of year. 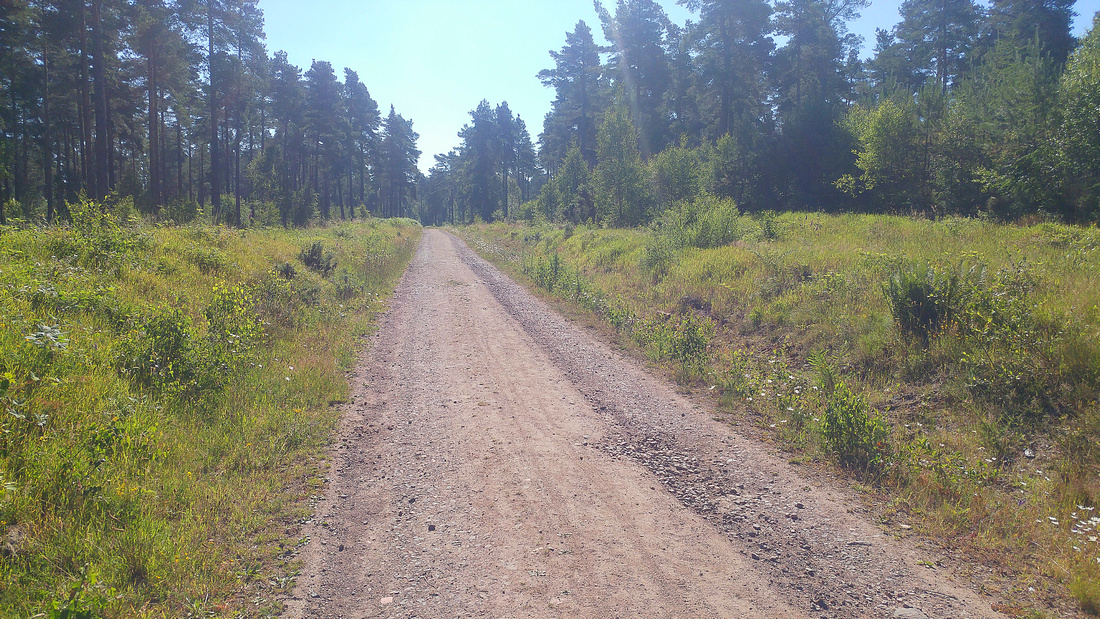 Heading home through Devilla ForestThe walk to the car park

Chris(non-registered)
Lol :) hopefully we can arrange something soon. That hill near the Ochils maybe?
Andy P(non-registered)
I got plenty bites on my head as I think my midgie net compacted against my head when I was kipping, its why I try and wear a boonie hat although I forgot it that night. Whoops. Spoilt my boyish good looks for a while as I had more lumps than the Elephant man, fortunately I've bounced back and available for catwalk work.... Milan, I'm talking to you.....

When we going again mate ????
No comments posted.
Loading...