Instead of sitting at my desk munching a sandwich, I've started to go for walks at lunchtime. The walks are in fact becoming more important than lunch!

This particular day, I left the office and followed a path across some fields until I joined a small country road. This road took me over the busy M9 motorway and nature was flourishing on the verges and hedgerows as I followed the circular route. 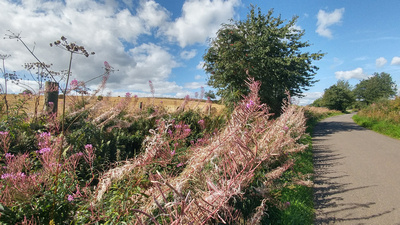 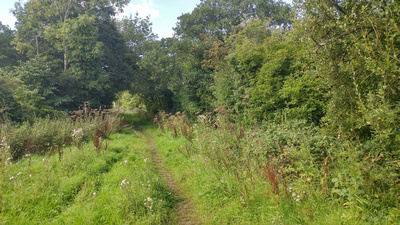 walking through a fieldNear Stirling Scotland 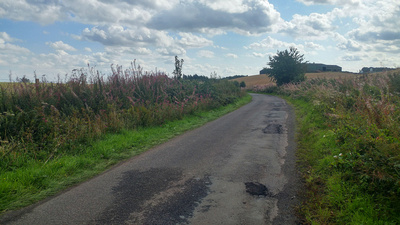 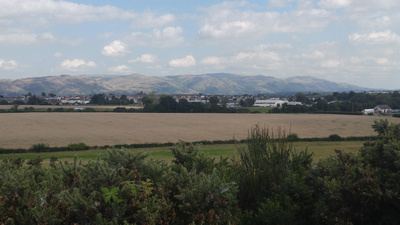 The abundance was breathtaking, Rowan tree berries, Rosehips and Brambles with many other berries I can't identify. The richness and variety was a pleasure to see. I stopped and ate the Blackberries from the Brambles, my lunch was free this day. I thought of the riches provided by nature. 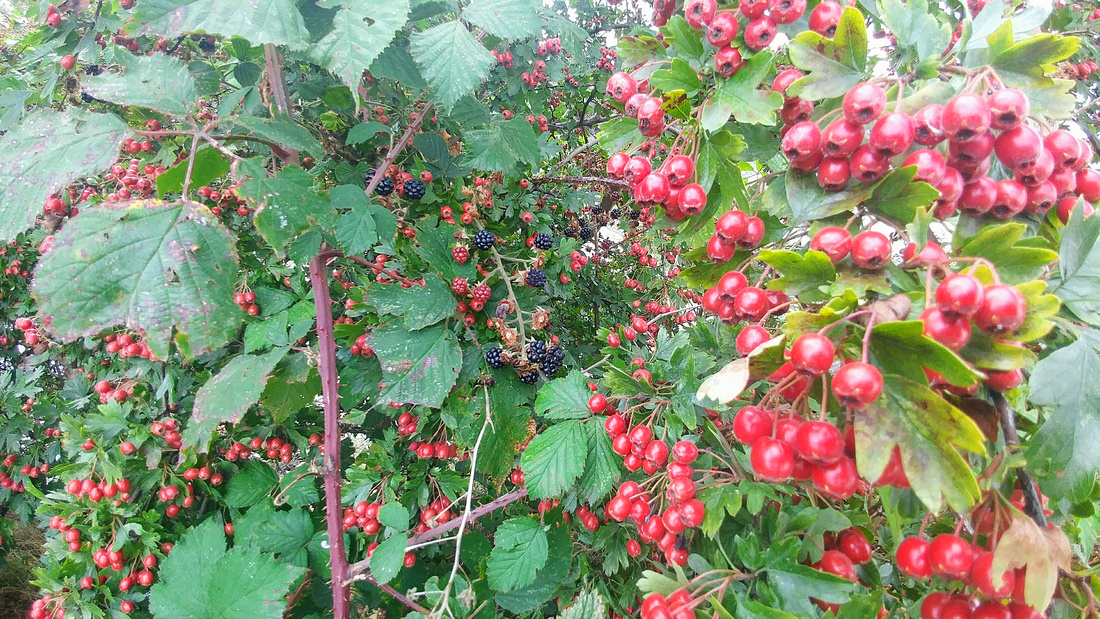 I thought of indigenous peoples who can enjoy this natural bounty outside the rules of our complex society. I thought then of the Native Americans who were starved off their land by the slaughter of millions of buffalo so they had to rely on "the man" to feed them. I thought of the apology finally received from the Clinton administration for the genocide inflicted, including the statement “...the use of the poison alcohol to destroy mind and body…”. I thought of the alcohol that I was going to poison myself with that night, made with the grains grown in some of the fields that surrounded me.

As I continued my walk, I remembered watching a program where the presenter had joined a tribe of people in the jungle to experience their life. It was clear how unprepared this particular western man was for living in their reality. The tribe all laughed at his ineptitude and the chief of the tribe sat him down. “You are like a child”, the chief told him. “You have everything to learn if you want to stay with us. You better do what you're told so that we can show you how to survive”.

I'm a child too. I was only prepared in my education to be a good worker, work hard and fit in. That's what I do. I can't understand the important things like the legal or monetary systems, I know only what I think I know. The deep workings of the system can't concern me as I have to remain a part of it if I want to survive. I don't know how to survive outside of the society in which I live. Everything is owned so there's nowhere to be free anyway.

Solipsistically, I do alright so I mustn’t grumble.

I looked at some Cattle in the field as I walked past them and they looked back at me. They were doing their “thing” there. I thought of the juicy rump steak that was in my fridge which I was going to cook my wife that night. 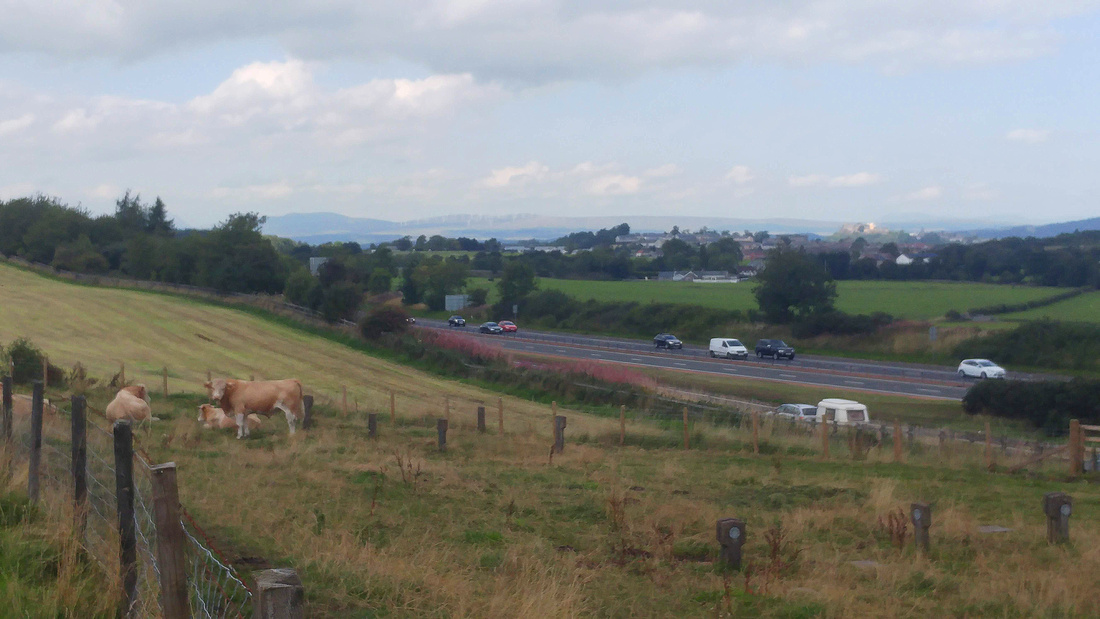 I picked and ate more Blackberries and I then crossed back over the M9 with the cars all rushing past below me. 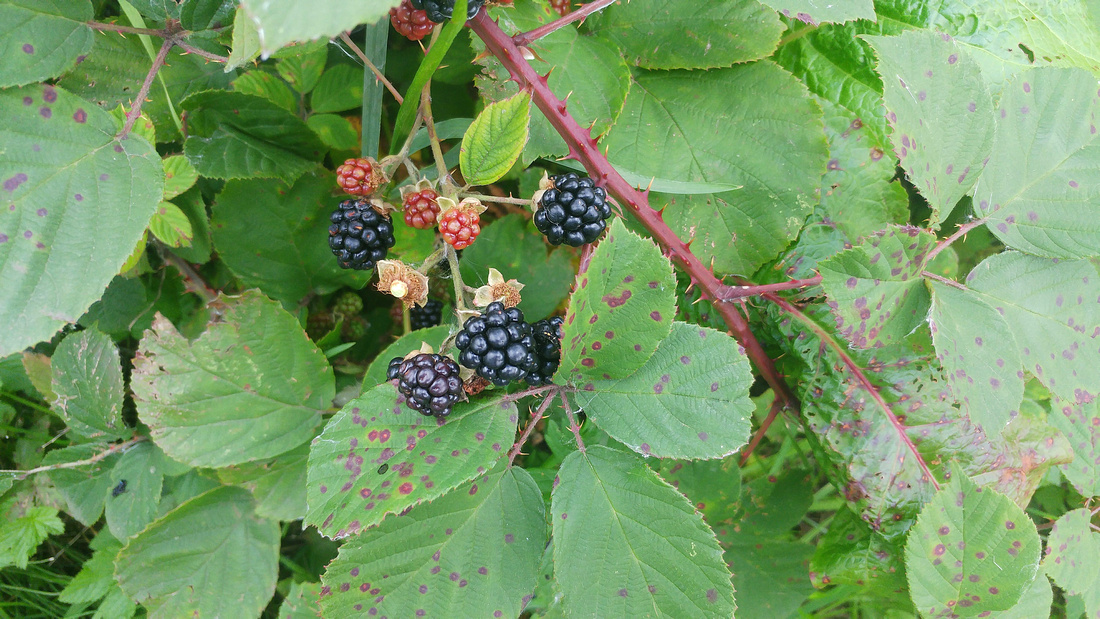 I neared my office to complete my 6km walk with a bellyful of Blackberries. It occurred to me that our labour is also an abundance. I realised how rich this planet is with all its resources, including us, free and happy to do our “thing” for "the man".

I enjoy my lunchtime walks, it's a pity I only have an hour.

Through pride we are ever deceiving ourselves. But deep down below the surface of the average conscience a still, small voice says to us, something is out of tune. (Carl Jung)

Chris(non-registered)
Thanks Tim :) I have been lazy lately and need to get back into it. Especially now Autumn is here! Thankfully the berries had no ill effects :)
Tim H(non-registered)
As much as I love spring and summer, it's getting to the most exciting time of year for us photographers - Autumn. The sunrises are getting later and sunsets earlier, at last. I know I should not wish dark nights on us all but it's a photography thing.

Another great read Chris, I hope all those berries did not have violent repercussions! ;)
No comments posted.
Loading...